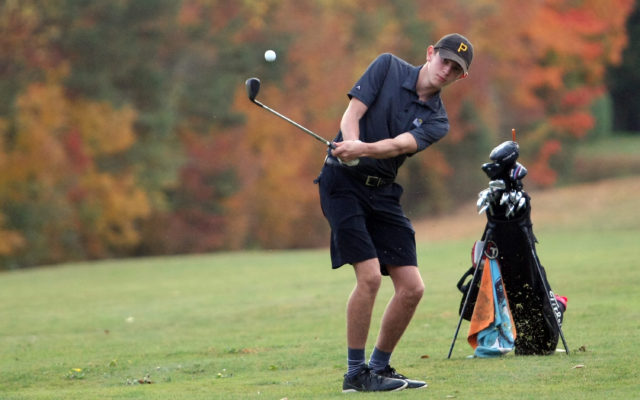 Joseph Cyr • October 7, 2020
It is on to the state Class C competition for the Houlton golf team after the Shires qualified for the meet Tuesday, Oct. 6, at the JATO golf course.

LINCOLN, Maine — It is on to the state Class C competition for the Houlton golf team after the Shires qualified for the meet Tuesday, Oct. 6, at the JATO golf course.

Houlton’s team score of 384 was good enough for third place in the Penobscot Valley Conference regional tournament, which means the top five golfers will participate in the state competition Saturday at Natanis Golf Course in Vassalboro.

Orono won the competition with a team score of 355, while Mattanawcook Academy of Lincoln was second with a 360.

“For a while, I didn’t think we were going to qualify,” Houlton coach Dave Grant said. “I think it was most probably a case of nerves. The wind was awful too, but everyone played in the same conditions.”

The highlight of the day for Houlton, the coach said, was Fitzpatrick’s Eagle on the fifth hole. “She drove the green and then sank her putt,” he said.