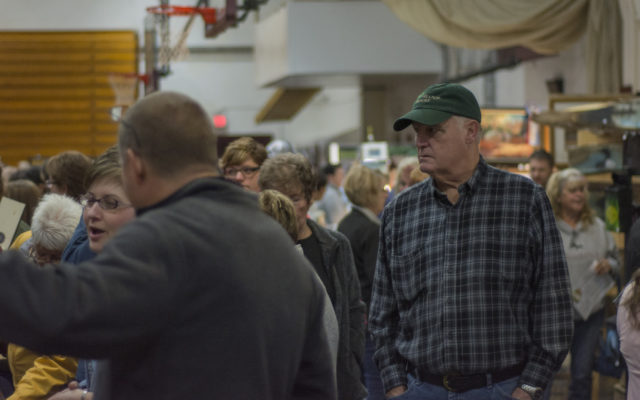 Chris Bouchard • October 9, 2020
Caribou's Arts and Crafts Fair, which is among the largest events of its kind in Aroostook County, was recently canceled following a survey asking vendors if they were willing to participate in an outdoor version of the event.

CARIBOU, Maine — Caribou’s Arts and Crafts Fair, which is among the largest events of its kind in Aroostook County, was recently canceled following a survey asking vendors if they were willing to participate in an outdoor version of the event.

Caribou Marketing and Events Coordinator Christina Kane-Gibson said that while a few of the vendors surveyed were receptive to an outdoor event, the overwhelming majority were not.

“I don’t blame them,” she said. “October is so unpredictable. I’ve done the crafts fair three times and it snowed two times and the other time it was really warm, so it could go either way.”

She added that with about 130 vendors, it would be impossible to hold the event indoors while adhering to social distancing guidelines.

“It wouldn’t be fair to have just a few vendors and shoppers,” she said. “This is a big thing for a lot of people. It’s almost not worth their time if we can’t bring a lot of shoppers to them.”

Kane-Gibson said the event has been going on for nearly half a century and that she doesn’t know if it has ever been canceled or modified in any way, but holding it would pose additional contamination risks as it is typically held in the high school.

“Overall the cancellation was for safety reasons,” she said. “We will be back next year pending any COVID drama.”