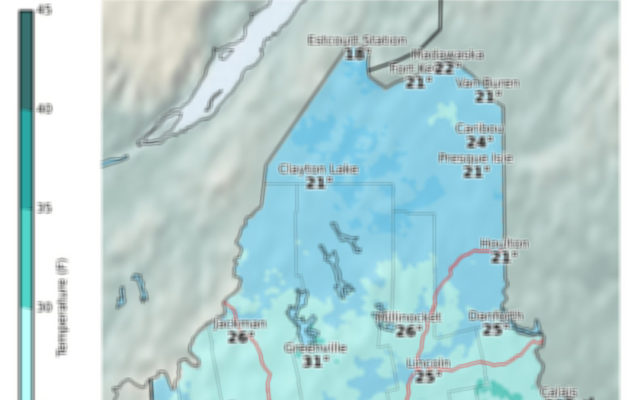 Alexander MacDougall • October 12, 2020
The National Weather Service Caribou yesterday observed small snow flurries on the morning of Oct. 11, marking the first time that snow has officially been sighted in Aroostook County this season.

HOULTON, Maine — The National Weather Service Caribou yesterday observed small snow flurries on the morning of Oct. 11, marking the first time that snow has officially been sighted in Aroostook County this season.

According to Tim Duda, a meteorologist at the NWS Caribou station, the timing for this first snowfall is par for the course in The County. It marks the first non-measurable (less than 0.1 inches) snowfall, while the average measurable snowfall is sometime around Oct. 25.

“Typically right around Oct. 12 would be the first non-measurable snow flurries,” said Duda. “So it’s pretty much right on track with what we would expect as far as the first in October.”

While Caribou has recorded its first snowfall, widespread frost in the mornings have already been happening all over Aroostook, the northernmost county in the continental United States. Images on social media also show snow flurries occurring in the town of Linneus in the southern part of Aroostook.

Forecasts for the rest of this week call for increased temperatures, resulting in rainfall rather than snow, though Duda said there exists a possibility that snow showers could come again during next weekend of Oct. 17-18.

“There’s still some uncertainty with that, but it can’t be ruled out,” said Duda. “But at least through much of this week it’s going to be warm enough that anything we get will be rain.”