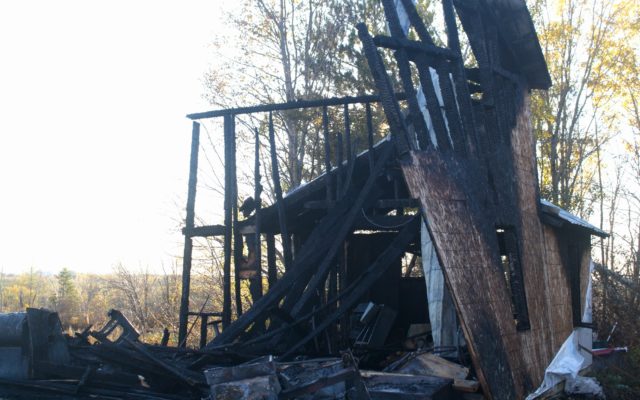 The shed was used to build buggies for the Amish community. No people or animals were injured, though several buggy parts inside were destroyed by flames.

Gideon Swartzentruber — who owned the shed on his dairy farm — said the fire began around 11:30 a.m.

“We found it on fire,” Swartzentruber said. “We don’t know what happened.”

The Fort Fairfield Fire Department extinguished the flames. Swartzentruber believes their quick action prevented a much larger calamity on the farm.

“I was very thankful to the fire department [for] saving the barn,” Swartzentruber said. “I believe they saved our house.”

Around 5 p.m. on Monday, about a dozen Amish men were cleaning up the charred damage from the former shed. Swartzentruber said he and other community members could rebuild the shed in as soon as a couple of weeks.

Several members of the Amish community have moved to Aroostook County in recent years. Fort Fairfield has one of the largest such communities, along with Easton and Presque Isle.