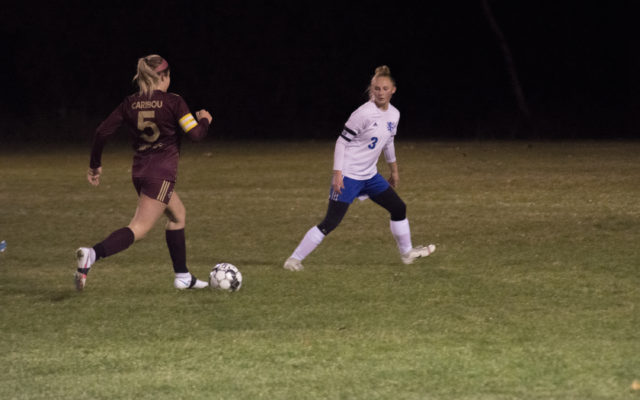 Chris Bouchard • October 19, 2020
The Caribou Vikings girls soccer team secured two victories during home games last week, with a 5-0 Wednesday win over the Panthers of Central Aroostook and a 2-0 win Friday against the Presque Isle Wildcats.

CARIBOU, Maine — The Caribou Vikings girls soccer team secured two victories during home games last week, with a 5-0 Wednesday win over the Panthers of Central Aroostook and a 2-0 win Friday against the Presque Isle Wildcats.

“Shea opened the scoring with a goal just 1:28 into the match, assisted by senior Maddy Zeigler,” Coach Mark Shea said. “It was Shea’s fourth game-winning goal of the season.”

Freshmen Jillian Zeigler (2 goals) and Emily Clayton (1 goal) also played well, with sophomore Araya Caverhill adding an assist and senior goalkeeper Sage Dubay getting her second shutout of the season with three saves on three shots from the Panthers.

Kira Fitzherbert, goalkeeper for Central Aroostook, had eight saves on 21 shots during the Wednesday game.

On Friday, Caribou’s Gabbie Surtherland scored two goals in the second half, securing the Vikings’ 2-0 victory over Presque Isle during an intense match held in the rain.

Coach Shea said Madison Miller set up Sutherland’s first goal with 24:43 left on the clock, and then, just four minutes later, Sutherland scored another goal on a pass from Edie Shea.

The Vikings controlled play for the remainder of the game, earning their second shutout of Presque in as many matches. Goalkeeper Sage Dubay made eight saves on 11 shots for her third clean sheet on the season. 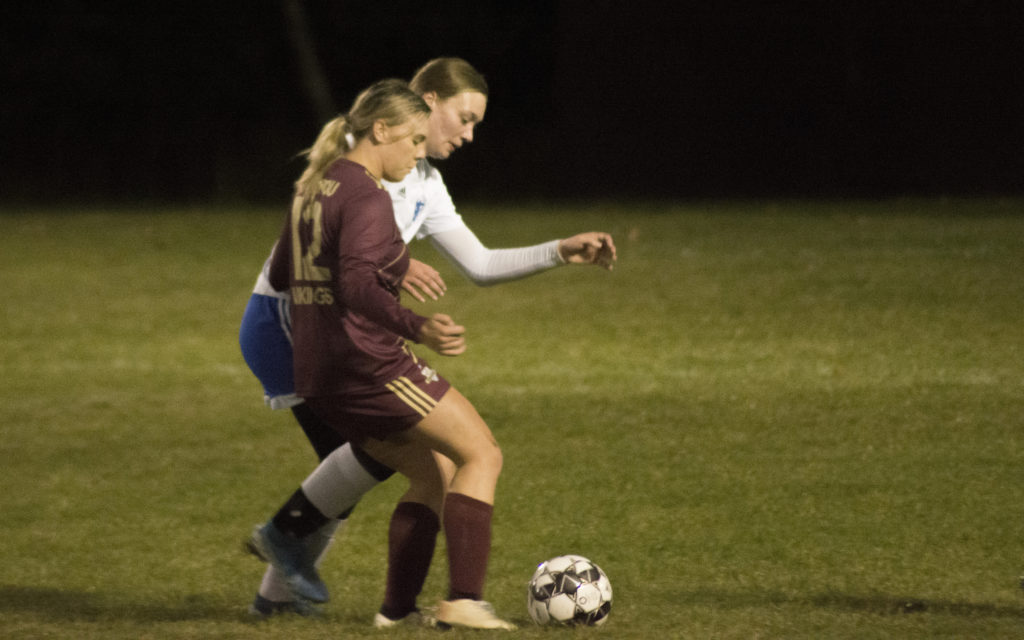 Gabbie Sutherland of the Caribou Vikings is pictured in the foreground with Maddie Coffin of the Central Aroostook team during an Oct. 14 game. (Chris Bouchard | Aroostook Republican)