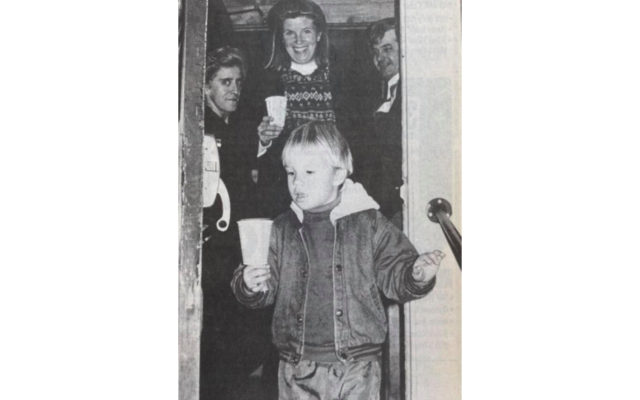 Eight week auto trip — Fritz G. Russell, who for a time was employed at Osgood’s Jewelry store, left in August for California accompanied by Mrs. Russell, making the trip by auto.

In a letter to the TIMES he had the following to say: ‘We had a very good trip across the continent, travelling over all kinds of roads, 5034 miles from Houlton, with only three changes of tires, eight weeks on the trip, and camped out all but four nights. Was lucky in getting a good position the next day after getting here and think we shall want to know what is going on up in Aroostook, so hustle a ‘TIMES’ out to me.’

Attend annual shoe fair — Mr. and Mrs. George Haskell left Monday for Boston, where they will spend this week and where Mr. Haskell will attend the Annual Show Fair.

Resignation accepted — The resignation of Bert Wetmore as chief of the Houlton Fire Department was accepted Monday night by the Town Council. Mr. Wetmore, a member of the fire department for more than a half century, has indicated to Council some time ago that he would like to resign his position in favor of a younger man. Council named Donald Fortier as acting chief.

Celebrate anniversary — Mr. and Mrs. Walter C. Varney observed their Golden Wedding Anniversary Sunday, October 25 with an open house at Fellowship Hall of the Military Street Baptist Church. A social afternoon was enjoyed by approximately 150 relatives and friends.Mr. and Mrs. Varney were married October 27, 1920 by the Rev. L. E. Ackland at Woodstock, N. B.

Centennial — Ben Murphy celebrated his 100th birthday Oct. 8 with family and friends who came from the local area, as well as Boston and Bangladesh.