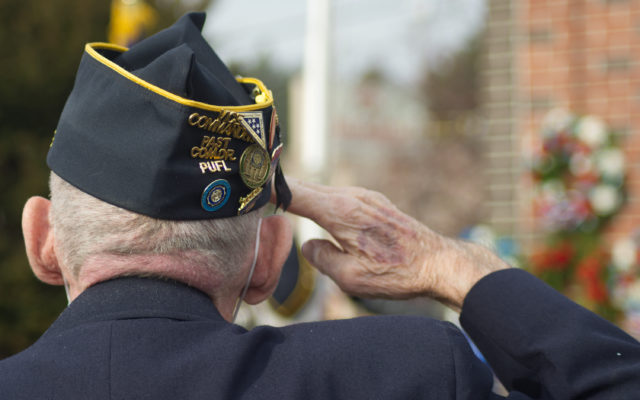 CARIBOU, Maine — Caribou American Legion Post 15 held a brief Veterans Day ceremony outside the Caribou Fire Department on Nov. 11 — at 11:11 a.m. — honoring the service and sacrifice of all military veterans.

The event began with the “Star Spangled Banner,” an invocation from 1st Vice Commander Wayne Little, and an introduction from Post 15 Commander Cuppy Johndro.

“We are commemorating the service of veterans of all wars, and remembering how men and women set aside their civilian pursuits to serve their nation’s cause, defending the freedom of mankind and preserving our precious American heritage,” Johndro said.

Johndro said this service imparted lessons of purpose, sacrifice, tolerance, bravery and discipline, all “solid foundation stones on which our great nation is built.” 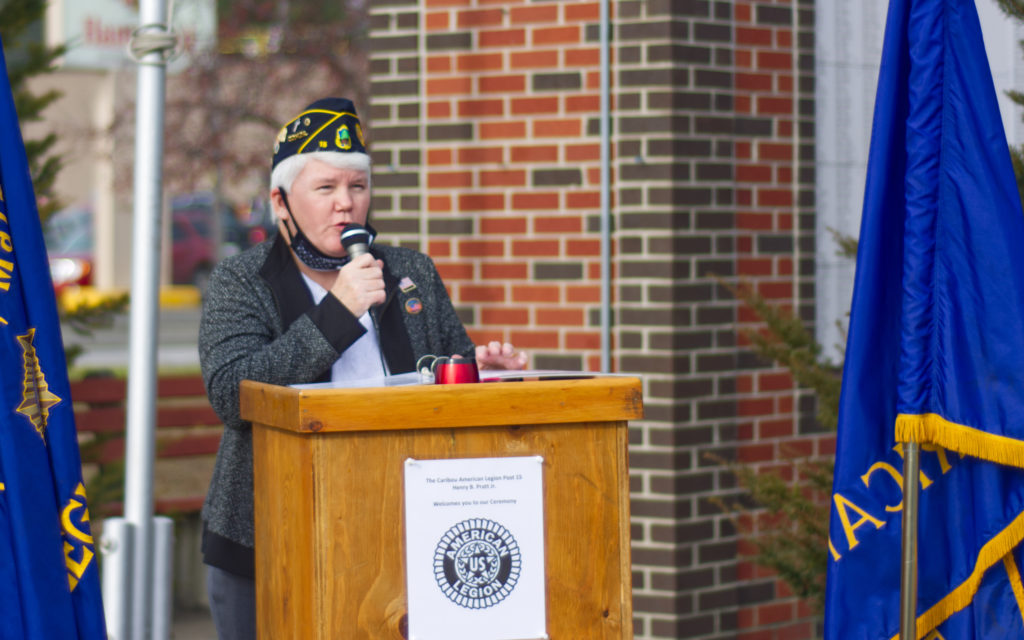 “We must cultivate these values,” she said. “More than ever, it’s important to remember who our veterans are. There are so many who came home draped in an American flag, so many who came home with dishonor simply because they were not honored. It’s important to always remember those guys and those ladies who served our country; it’s right and just to always honor our veterans.”

The commander emphasized the importance of instilling this honor in the youth.

“Preach it and teach it, because if you don’t, we’re going to have another Vietnam where they came home to the unjust, and that should never, ever happen,” she said.

Little and Auxiliary President Becky Dixon spoke of the impact that veterans have made on this country, and the importance of honoring their sacrifices.

“The repercussions of war’s terrible brutality have chilled the hearts and dimmed the hopes and dreams of many a loved one left behind on the homefront,” Dixon said, concluding that there is a need for unity and purpose in order to move toward a brighter future.

“Our hearts beat in tune with those in other nations fighting for freedom and the dignity and opportunity of mankind in our constant quest for honorable world peace,” she said.

“This wreath honors our veterans who have given the ultimate sacrifice, as well as those who served past, present, and continue to serve in the future,” Green said. 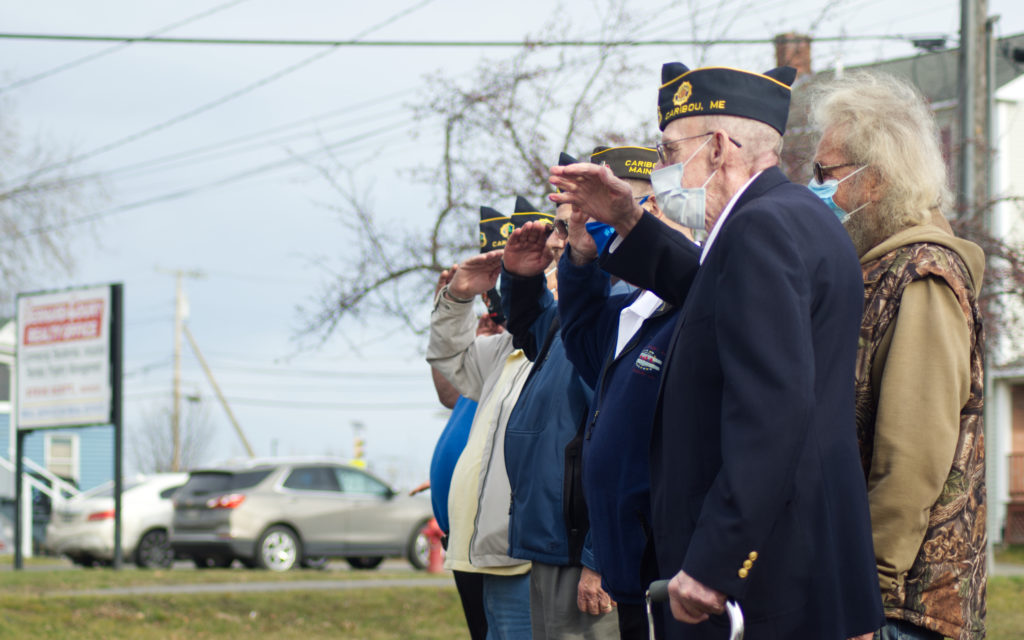 Veterans line up for a pass in review during a Veterans Day ceremony held by the Caribou American Legion. A pass in review is when a medley of military branch themes plays and veterans step forward to salute when their branch’s theme begins.(Chris Bouchard | Aroostook Republican & News)

Johndro then introduced a new element to the ceremony, which she said is referred to as a pass in review, and involves all veterans lining up as a medley of each branch’s theme plays through a speaker. When their theme begins, veterans of that particular branch will step forward and salute.

“I thought it was important,” Johndro said of the pass in review. “I never knew what branch a lot of the guys were, even at the Legion. It’s a good way to identify people.”

The ceremony concluded with taps and a reception at the American Legion Post 15 on Sweden Street.

Johndro thanked all who attended, particularly the local Scouts, at the end of the ceremony.

She said she believes it’s important to hold annual ceremonies as a way to remember the countless sacrifices made on behalf of the country.

“There are so many who died for the cause of freedom,” she said. “It’s important to remember those who are serving; they’re standing strong, holding the line, and making sure we’re all safe and free.”