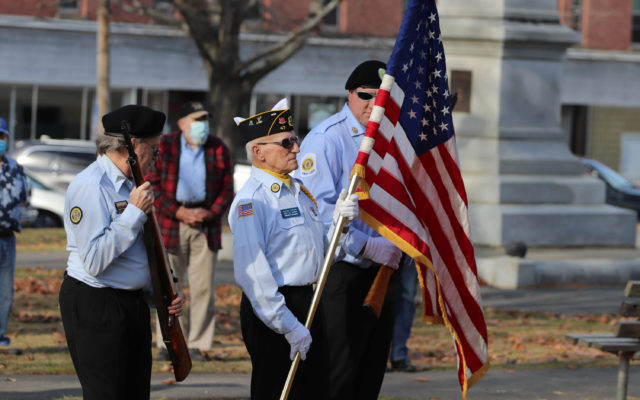 Alexander MacDougall • November 12, 2020
Veterans from various branches of the United States military gathered at Houlton’s Monument Park on Wednesday, Nov. 11, in order to honor the many veterans both in Houlton and nationwide who have pledged their lives to protect their country.

HOULTON, Maine — Veterans from various branches of the United States military gathered at Houlton’s Monument Park on Wednesday, Nov. 11, in order to honor the many veterans both in Houlton and nationwide who have pledged their lives to protect their country.

Though the event was not advertised in order to follow COVID-19 guidelines to keep social gathering to a minimum, around two dozen people still showed up at Monument Park to observe the commemoration.

The park was a fitting location to honor veterans, being the site of memorials for World War II and the American Civil War.

“I want to thank everybody for showing up, to give and show respect to our brothers and sisters that served in all of our branches that gave their lives,” said Houlton Town Councilor Edward Lake, the commandant of U.S. Marine Corps Detachment 1368, which is based in Houlton. “It’s an honor to have served in the military, and it’s an honor to be still serving today.” 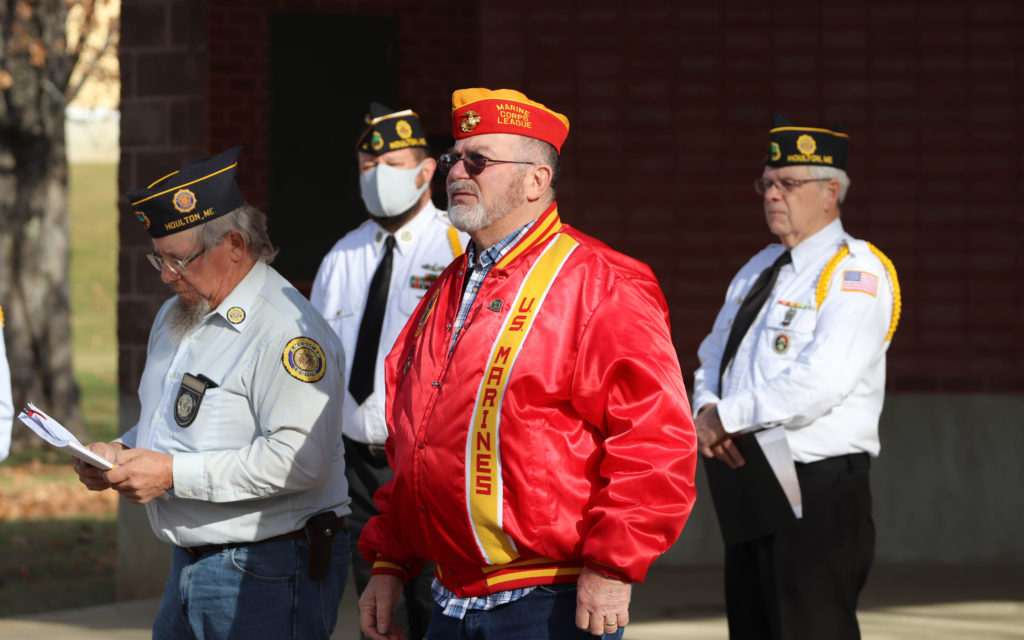 Houlton Councilor Sue Tortello thanked Houlton’s veterans for their service. She said that the impact of COVID-19 reminded her to be thankful for things she had been taking for granted, and that she considered contributions by veterans to the country to be one of them.

“A veteran, whether active duty, discharged, retired or reserved, is someone who at one point in his or her life, wrote a blank check made payable to the United States of America, for an amount including and up to his or her life,” said Tortello. “That’s an incredible act of generosity and act of value.”

Originally known as Armistice Day, Veterans Day was made a public holiday to commemorate the end of World War I. In 1954, the holiday was changed to Veterans Day, in order to mark remembrance for military veterans who served in all major conflicts. 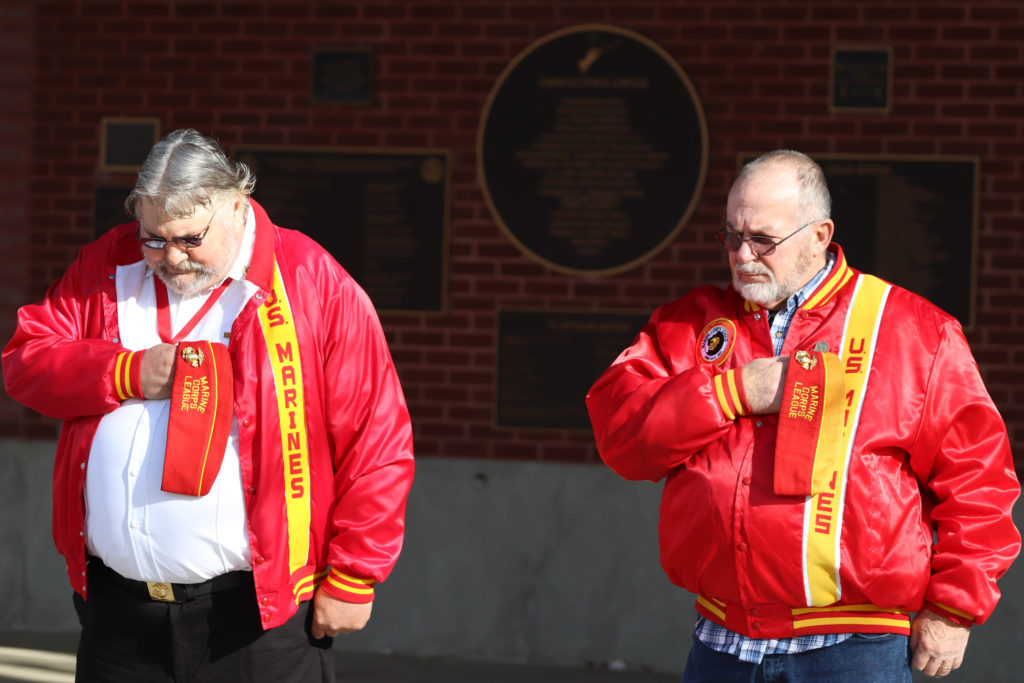