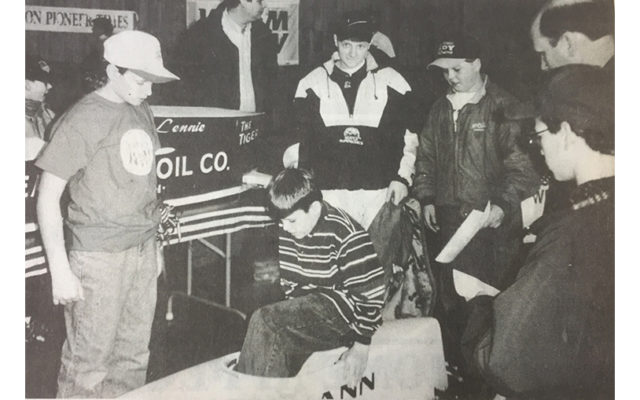 Beth Lacombe, Special to The County • January 20, 2021
100 Years Ago - Jan. 20, 1921 New band -- Under the direction of Emmons Robinson, assisted by a committee from the Houlton Rotary Club, work on organizing the new Houlton Band is progressing well.

New band — Under the direction of Emmons Robinson, assisted by a committee from the Houlton Rotary Club, work on organizing the new Houlton Band is progressing well.

National Elks contest — In the presence of his parents, officers of the Houlton Lodge of Elks and a capacity crowd of members, Elliot Berman was presented a check for $500 which he won by placing second in the annual “Outstanding Student Contest” conducted this year by the National Elks Lodge.

High school play makes a big hit — On Wednesday evening, in the well filled auditorium of the high school the three act comedy, “Young Mr. Standish” was presented by the senior class. It was a great performance enjoyed by all.

New school — The program for dedication and open house for the new elementary school was announced by SAD 29 superintendent Hamilton Giberson.

New name — Houlton Regional Hospital was selected as the name for the new hospital resulting from the merger of Aroostook General and Madigan Memorial.

Upcoming concert — The MSAD 70 chorus and band, under direction of Barbara Hogan and Kelly Sewell, will be presenting their winter concert this Thursday at the Hodgen Elementary School.

WHOU-FM has new owners — Houlton people now own a Houlton Radio Station. Robert Anderson and Dave Moore became the new owners of the station as the result of a telephone auction last week. The station will operate under the name of Two Tall Entertainment.