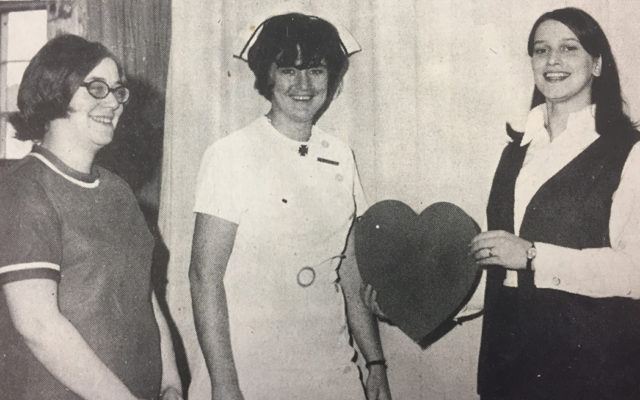 Contributed • February 3, 2021
100 Years Ago - Feb. 3, 1921 New office -- George Barnes has moved his office in the Trust Company block where he was to the offices formerly occupied by Mrs. Henry Smart, better known as Margaret’s Hat Shop.

New office — George Barnes has moved his office in the Trust Company block where he was to the offices formerly occupied by Mrs. Henry Smart, better known as Margaret’s Hat Shop.

Snow plowing — With 8500 miles of state roads being cleared of snow so that motors can be used, there are many in Northern Aroostook who are in favor of having their roads plowed.

New nurses — Those from Houlton who received their caps at the Nurse’s Library of the Madigan Hospital Tuesday morning were, Anita Robichaud, Martha Horsman, Charlene Hastey, Patricia O’Donnell and Louise Haggerty.

Hospital to receive iron lung — The Madigan Hospital here has been designated by the National Foundation for Infantile Paralysis as one of four hospitals in Maine to be given an iron lung to aid in combating infantile paralysis in Northern Maine.

Fraternity scholarship award — Lambda Chi Fraternity at Ricker College has won the Mr. and Mrs. Charles Heath award for the third consecutive year and will retain permanent possession of the trophy. The award is given annually on the basis of the highest grade point average accumulated by the members of the Ricker College fraternity.