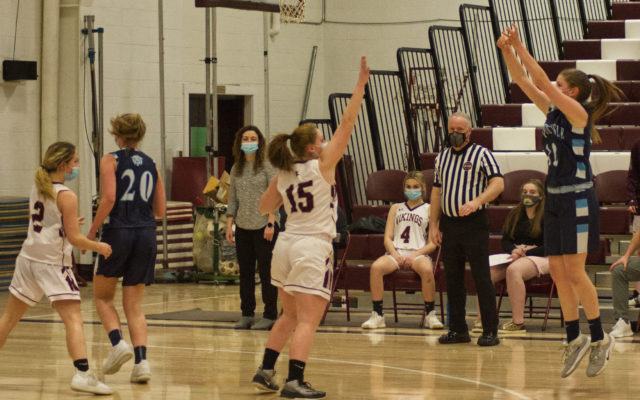 Contributed • February 16, 2021
The 8-0 Presque Isle Wildcats and the 9-0 Southern Aroostook Warriors are the only undefeated girls' basketball teams in Aroostook County during this makeshift basketball season caused by the pandemic. On Friday, they are set to battle at Presque Isle High School at 1 p.m. in a much anticipated matchup.

PRESQUE ISLE, Maine — The 8-0 Presque Isle Wildcats and the 9-0 Southern Aroostook Warriors are the only undefeated girls’ basketball teams in Aroostook County during this makeshift basketball season caused by the pandemic. On Thursday at 7 p.m., they are set to battle at Presque Isle High School in a much anticipated matchup.

The Class C Tigers competed well for three quarters Saturday, but PI held them to just two points the rest of the way to come out on top.

“They played tough and made everything difficult for us,” said Wildcat coach Jeff Hudson. “Coach [Larry] Gardner has done a great job with that team.”

On Monday, the Wildcats scored the game’s first 16 points and rolled to the victory over the Warriors, another Class C squad which was playing their first contest of the season.

Sjoberg had the hot hand in the first quarter as she drained four 3-point field goals. She finished with 16 points. Kane and Morningstar came off the bench and contributed nine and eight points, respectively.

Larissa Daigle had a strong outing for Fort Kent with 16 points.

“Our offensive rebounding has been consistent from day one and when we get lots of shots, it is helpful,” Hudson said. “We seem to be in a little funk right now and will have to be much better Friday [against Southern Aroostook].”