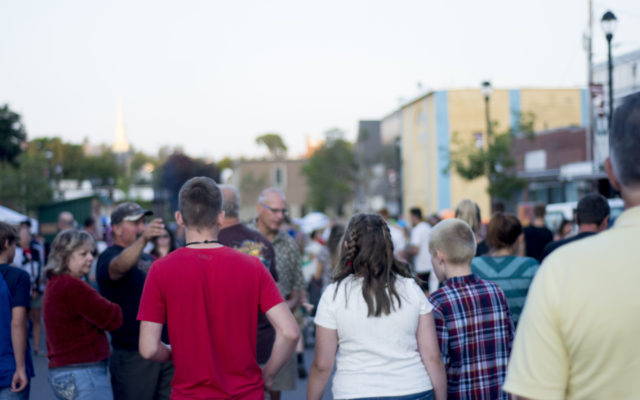 Chris Bouchard • February 18, 2021
The future of Caribou’s annual events, like Thursdays on Sweden, the city-wide yard sale and the Caribou Marathon, is still uncertain this year due to the COVID-19 pandemic, but city events and marketing coordinator Christina Kane-Gibson is hopeful for the future.

CARIBOU, Maine — The future of Caribou’s annual events, like Thursdays on Sweden, the city-wide yard sale and the Caribou Marathon, is still uncertain this year due to the COVID-19 pandemic, but city events and marketing coordinator Christina Kane-Gibson is hopeful for the future.

She said the city is still planning out these events as they normally would, but that everything depends on the state’s event size limitations, and how those change as the events come closer.

“We haven’t heard anything significant since 2021 started, but they’ve loosened up some restrictions on bars and clubs,” she said. “I’m hopeful. I can’t imagine we won’t get any changes, especially now that people are starting to get vaccines.”

The city was in a similar position last year, and ultimately had to cancel the year’s big events due to size limitations set by the state amid the pandemic.

Since last March, Kane-Gibson said she and other city officials have had to come up with multiple plans for events to anticipate what guidelines will be set by the state.

“It’s difficult to come up with a solid plan, but there aren’t really any answers,” she said. “It all really comes down to event size limitations. The numbers are looking good, and case numbers seem to be trending in the right direction. I’m very hopeful, but it’s still too early to know. We’ve set our dates, but that’s really all we can do.”

Tentatively, and if state guidelines permit, the citywide yard sale would take place on May 14, 15 and 16. The Thursdays on Sweden street festival, a bi-weekly event that includes live music, vendors from across the region, special guests and a myriad of activities, would have seven dates: June 3 and 17; July 1, 15 and 20; and Aug. 12 and 16.

The Caribou Marathon, a Boston Marathon-qualifying event, will depend on Boston’s scheduling of races throughout the year.

For nearly a year, Kane-Gibson and other city officials have had to work around uncertainties regarding event restrictions.

“I think last year we were all caught off guard,” she said. “We were kind of surprised that everything just stopped. At this point nothing is really going to surprise us, so we’re just trying to move forward.”

She said she’s looking forward to having another large event in the city just as much as everyone else is.

“I think we’re all ready to go out, see each other, hug each other and talk to each other,” Kane-Gibson said.

And though many events were canceled last year, she said a silver lining is that it allowed her to focus more on economic development within the city, adding that she received several calls throughout 2020 from people looking to move to the area or start a business in the city.

She said that while outdoor event attendance limits are set to 100, Thursdays on Sweden typically sees around 1,000 people. Last year they determined that limiting the event, or risking the safety of guests, would result in an inferior experience.

“If we’re going to have a community event, it’s going to be open to all of the community,” she said. “We don’t want people feeling like they can’t get through the gate or overwhelmed because there are too many people. I want people to have the experience they’re used to and to be excited about it. I don’t want to have people standing at the gate and counting; I want it to be fun. I want it to be what Thursdays on Sweden was meant to be.”

When the city can safely host the event again, Kane-Gibson said they will not be shy about letting the community know.

“If we are in fact a go on these events, you will find it on our social media and our website,” she said. “I will be standing on top of city hall as the town crier telling everyone that we’ll have Thursdays on Sweden. I’ll make sure the word gets out, because I’ll be so happy to see everyone again.”

Members of the Houlton Band of Maliseets will head to the ballot box in order to determine who will be elected as their new tribal chief.
Pets END_OF_DOCUMENT_TOKEN_TO_BE_REPLACED