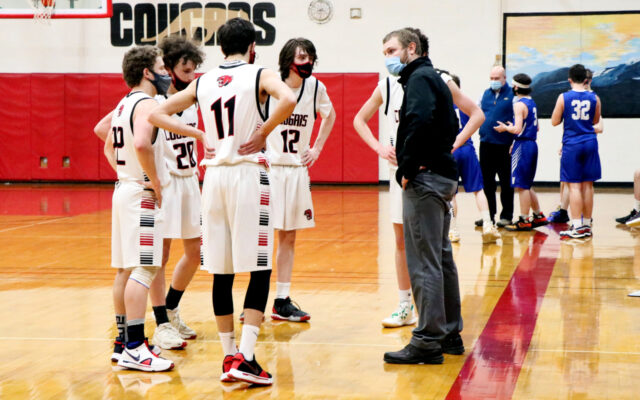 The modified varsity high school basketball season is rapidly coming to a close as local teams are busy jockeying for key playoff spots.

A regional playoff will tentatively take place at the conclusion of the regular season on Saturday, Feb. 27. Similar to the regional soccer format, teams will be broken up into two groups, Large School (Classes B and C) and Small School (Class D).

The following is a recap of games played through Saturday that were reported to the newspaper.

Hodgdon led 13-8 in the first quarter, but Katahdin seized a 24-20 lead heading into the halftime break. The Hawks emerged more determined after the break, holding Katahdin to just four points to regain the lead, 35-28.

Hodgdon girls 48, Katahdin 37 — At Hodgdon Friday, Feb. 19, the host-Hawks soared to a big win over visiting Katahdin. It marked just the second loss for the Cougars on the season.

The Beavers were led by Devin Dionne with 14 points, followed by Ben Turner and Aidan Churchill, both with 10. Katahdin was paced by Wesley Richardson and Kyle McNally with 10 points each.

Houlton girls 45, Caribou 36 — At Caribou Wednesday, Feb. 17, the visiting Shires picked up the nine-point win over Caribou. Houlton led 8-7 at the end of the first quarter, but Caribou grabbed an 18-17 lead at the halftime break. The Shires picked up the tempo in the second half, regaining the lead 33-23 after three quarters and never looked back.

For Caribou, Selena Savage had 14 points, followed by Sage Dubay and Ashlyn Bouchard, both with six; and Gabrielle Sutherland and Emily Collins, both with five.

Easton boys 44, Katahdin 43 —  Hosting Easton Feb. 12, the visiting Bears squeezed past Katahdin by one point. Easton was led by Camden Michaud with 18 points and Austin Carver with 10.  Katahdin was paced by Grady Ritchie with 15 points and Wesley Richardson 12. 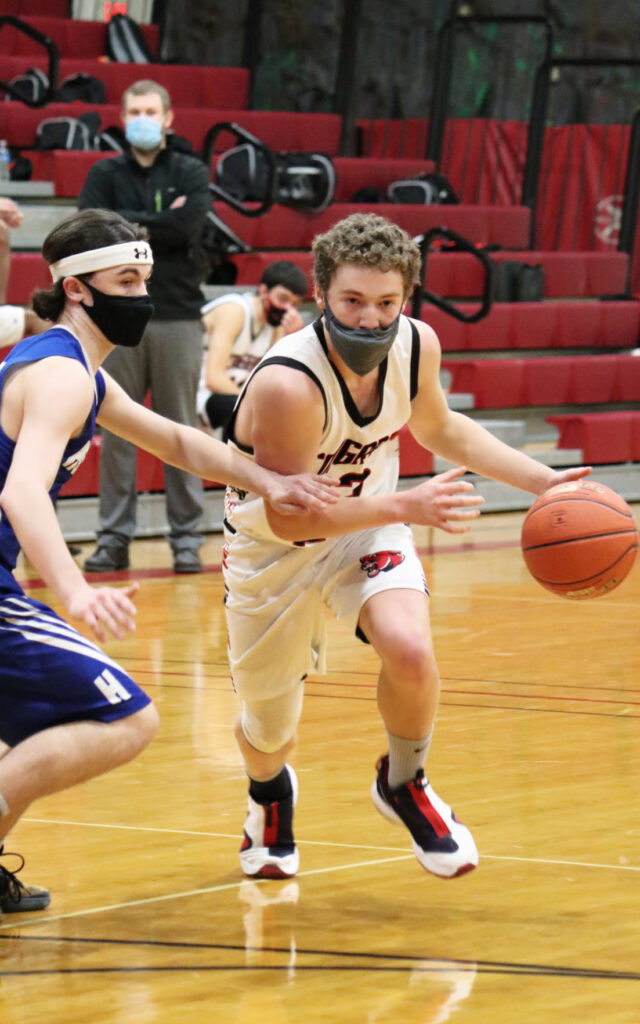 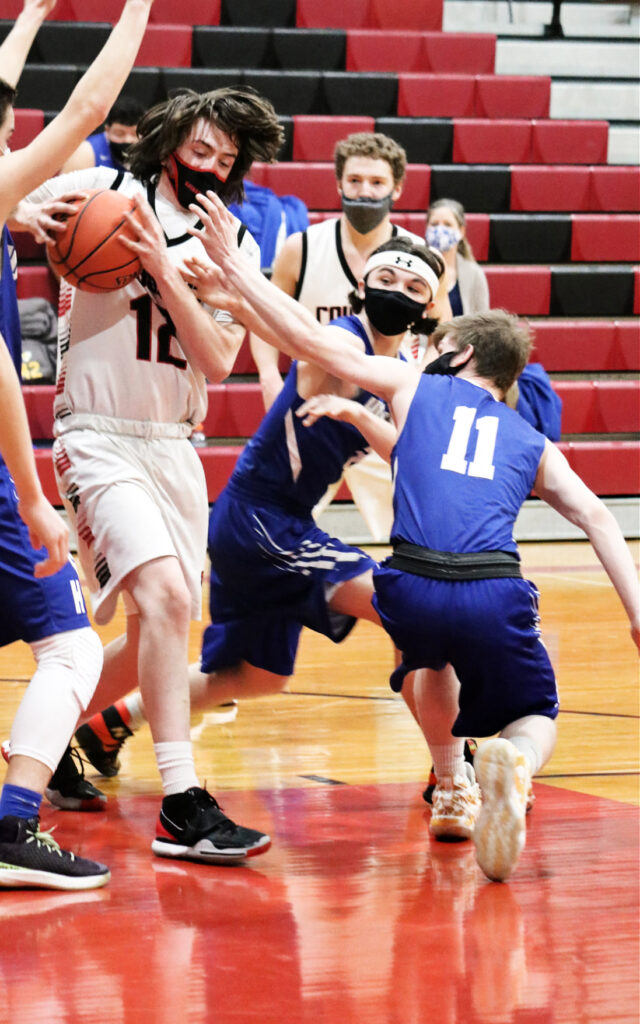 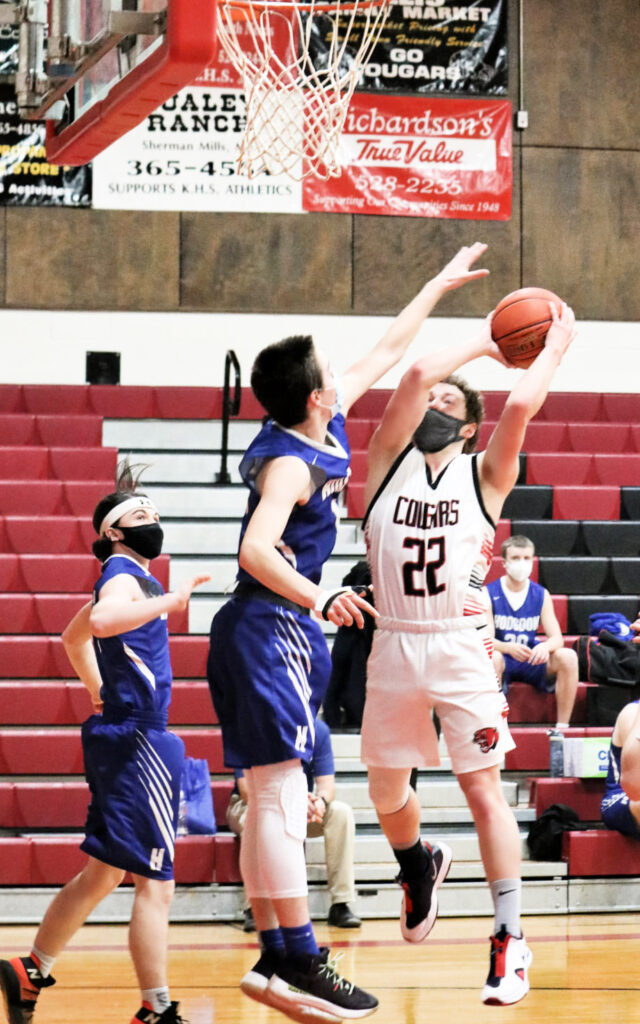 Grady Ritchie (right) of Katahdin puts up a shot over the outstretched arm of Hodgdon’s Drew Duttweiler during Saturday’s game in Stacyville. The visiting Hawks won 51-43. (Photo courtesy of Beth Somers)