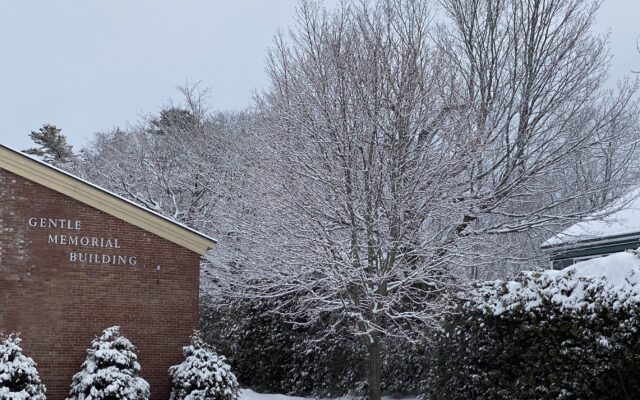 Alexander MacDougall • February 23, 2021
The town of Houlton has accepted $1,700 from various donors to go toward planting cherry blossom trees at the Gentle Memorial Building, home of the town’s parks and recreation department.

HOULTON, Maine — The town of Houlton has accepted $1,700 from various donors to go toward planting cherry blossom trees at the Gentle Memorial Building, home of the town’s parks and recreation department.

The idea to put cherry blossoms, trees which originate from Japan and famous for their pink foliage during springtime, had been proposed at an earlier council meeting in November by Dick Rhoda, a longtime southern Aroostook resident with a law practice in Houlton, who called the proposed project a “symbol of rebirth” at the time.

Marie Carmichael, the director of parks and rec for Houlton, said that the department was in contact with a horticulturist at the University of Maine Cooperative Extension, based in Presque Isle, for picking out the ideal cherry blossom to bring up to the area.

“They’re kind of helping us to guide us as to the best possible blossom tree,” Carmichael said. “We also have another three individuals that have pledged money for the trees, but just haven’t paid yet.”

The proposed cherry blossom trees would replace the center’s existing crab apple trees, which have surrounded the center since the 1950s. Town Councilor Eileen McLaughlin said that in addition to bringing in a horticulturalist, an arborist should be called in to examine whether the trees should be positioned in the same location as the old trees, or in an entirely new location.

“I think also we need a soil sample and think about where they’re placed,” McLaughlin said. “Right now [the crab apple trees] are kind of along a hillside, so it might be worth having an arborist give feedback on where to plant them.”

Most individual donations for the cherry blossom trees amounted to $100 each, the estimated cost for each cherry tree. Donors included Councilor Sue Tortello, Rhoda and Elizabeth Mooers. The Houlton High School class of 1998 also gave $400 collectively. In addition to the $1,700 donations for the cherry blossom trees, parks and rec also announced that they had received a $500 donation from Mooers for a new bench at Houlton’s Riverfront Park.