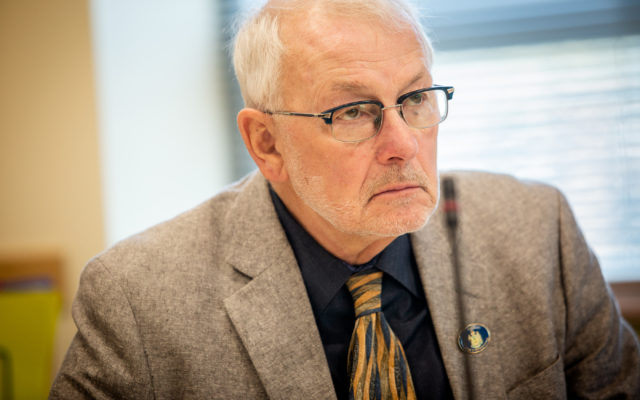 Advocating for gun owners in The County

Rep. David McCrea, Special to The County • March 24, 2021
I have always supported our Second Amendment right to keep and bear arms. Over the course of my three years as your state representative, I have proposed and supported several pieces of legislation to support gun owners.

I have always supported our Second Amendment right to keep and bear arms. Over the course of my three years as your state representative, I have proposed and supported several pieces of legislation to support gun owners.

Just last session, I proposed LD 1179, which would expand the coyote hunting season and eliminate associated fees. After speaking with constituents, friends and neighbors who were passionate and knowledgeable about this issue, I came to the conclusion that it was the right call to empower our community by giving hunters the legislative backing they needed.

The very first bill that I sponsored in the Maine Legislature was LD 61, which sought to allow bird hunting on Sundays, something that has always been illegal in Maine as a result of antiquated blue laws. But again, after hearing from neighbors and folks looking to expand hunting opportunities, it became clear to me that the law ought to change.

While the bill unfortunately did not pass when I first introduced it, this year I jumped at the opportunity to co-sponsor a similar bill introduced by Senate Republican Leader Jeff Timberlake of Turner.

Personally, I own guns and truly enjoy target shooting as well as hunting partridge. I am fortunate enough to live in a spot where I can be in the woods and hunt within five minutes of my house. Whenever possible, I spend a day hunting in the North Maine Woods beyond the Ashland gate. Like so many folks, my propensity for hunting comes from my father. My father grew up as a farm boy in Aroostook County and, as such, he was an avid outdoorsman. He absolutely loved fishing and hunting. In the Maine Legislature, I have supported and proposed measures to protect the rights of hunters because I know intimately what this hunting culture means to rural Mainers. I’ve experienced it firsthand. It is a fundamental part of the rural Maine economy and recreation culture.

In keeping with rural Maine sensibilities, my approach to gun legislation stems from real community needs. Any politician who says they will always, without exception, vote yes or no on an issue isn’t being truthful and isn’t doing their job. That’s a talking point, not a locally driven policy solution. As your representative, I aim to support legislation that works for our community, and our community can’t be put into a partisan box.

I love living in rural Maine and have done so my whole life. One thing I love most about it is that we aren’t swayed by national politics or fancy talking points. We do what’s right for us, for our neighbors and our community. That means we aren’t pulled to extreme positions because, here in Fort Fairfield, a Democrat and a Republican have more in common with each other than a Democrat from Fort Fairfield has in common with a Democrat in Washington, D.C.

So when I’m thinking about what types of gun policies make sense for our rural district, I’m not thinking about grandiose debates that only serve to divide us. I’m thinking about the specifics of the policy and if it meets a need here in Maine. That’s it. Blanket restrictions on guns don’t fit that bill. Neither do blanket restrictions on any type of firearm regulation. I support our right to bear arms as well as our right to safety and security. And I will continue to support those rights and listen to neighbors and friends in order to best serve our district.