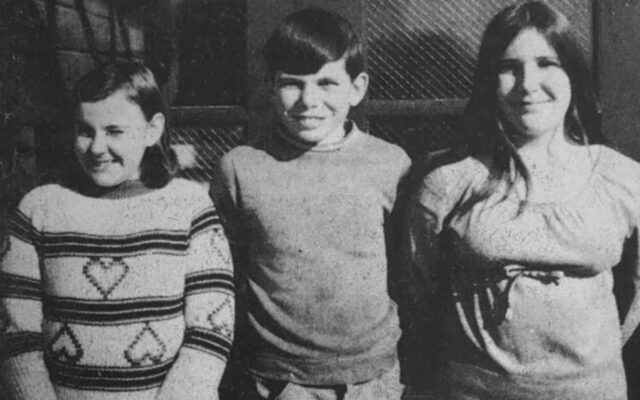 Contributed • March 31, 2021
75 Years Ago -   March 28, 1946 Bishop nominated recorder -- James Bishop, Presque Isle lawyer, who came out of the Navy as a lieutenant after four years’ service, was Governor Horace A. Hildreth’s choice for municipal court recorder for the week.

Bishop nominated recorder — James Bishop, Presque Isle lawyer, who came out of the Navy as a lieutenant after four years’ service, was Governor Horace A. Hildreth’s choice for municipal court recorder for the week.

Hildreth posted the nomination to fill a vacancy caused by the resignation of Daniel N. Sweeney. Bishop, who established a law office in Presque Isle, graduated from Bowdoin college and the Columbia Law School. He was endorsed by the Presque Isle Bar Association.

Moore appointed — The Board of Directors of the Maine Potato Growers and Shippers Committee Inc. announced the appointment on March 20, 1946, of Mr. Herbert W. Moore as executive secretary to that organization to fill the vacancy created by the untimely death of Mr. G. Charles Stone. A veteran of nearly four years of service with the Army Air Forces, Moore was returned to inactive status after having attained the rank of Lt. Colonel.

Beck elected chairman — A caucus of the Republican party of Presque Isle was held at the Mooseleuk Club rooms March 22, 1946, for the purpose of electing a city committee to serve for the ensuing two years and to elect delegates to the state convention and district convention to be held in Bangor.

Wildcats feted at testimonial dinner — Over 200 persons jammed the ballroom of the Northeastland Hotel in Presque Isle on Tuesday night, March 23, to honor the Presque Isle Wildcats Basketball Team. A standing ovation was given the team as they filled into the room, each escorting a member of the cheerleaders squad. The 1971 Eastern Maine Champions were treated to a steak dinner and awarded trophies and prizes collected by their fans. More than $1,500 in gifts were presented to Coach Osgood and his 1971 Eastern Maine Champion Wildcats. Among the gifts presented were: individual trophies to each player suitably engraved, all tourney trophies to Steve Condon and Bill Angelos, most valuable player for the season to Steve Condon and most valuable  player Eastern Maine tourney Bill Angelos, and Coach Osgood received a specially engraved gold watch. These were contributed and presented by Sam Freme, proprietor of Freme’s Sport Center in Caribou and World Wide Travel Agency, Caribou and Presque Isle. McDonald’s Take Out Service and First National Bank of Aroostook presented the team members with new jackets with the traditional emblems.

Ashland firefighter recognized — Ashland Fire Department members voted Captain Donald Bouley as February Firefighter of the Month. Since Jan. 7, 1986, Bouley had been involved in every aspect of the volunteer fire department, obtaining training whenever available to upgrade his firefighting skills and using his leadership qualities to help better the department. He had gone above and beyond his firefighting duties with his personal skills, obtaining fundraisers and getting his friends in the fire service involved in constructing buildings for area businesses as well as community projects. He planned and built a handicap walkway ramp for a fellow firefighter injured in an automobile accident.

Beem won award — Sandra Beem of Knobnoster, Mo., formerly of Ashland, the daughter of Mr. and Mrs. Leonard Carney of Sheridan, was named Civilian Employee of the Year for 1995 at Whiteman Air Force Base. Beem worked as a relocation program manager. She received a medallion and plaque for her achievement.