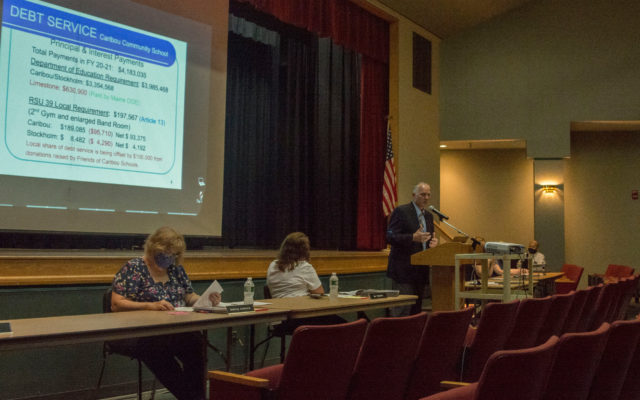 RSU 39 board, administration hopeful for budget with no mill increase

Chris Bouchard • April 2, 2021
RSU 39, Caribou and Stockholm’s school district, is working to create a budget that does not result in a tax rate increase for taxpayers amid the COVID-19 pandemic.

CARIBOU, Maine — RSU 39, Caribou and Stockholm’s school district, is working to create a budget that does not result in a tax rate increase for taxpayers amid the COVID-19 pandemic.

It’s still a major work in progress, but with the current numbers available, it appears that the community will not have to pay an increase, and that it actually may be slightly lower than last year, according to Superintendent Tim Doak.

Administrators held a budget workshop with the RSU 39 Board of Education on March 31, and both Doak and RSU 39 Business Manager Mark Bouchard said the consensus of the board is to avoid creating a budget that would result in a tax increase.

“With COVID, this is a tough year for everybody, and we’re trying everything we can do to hold off and not push any burden on taxpayers,” Bouchard said.

Doak reiterated that nothing was finalized as of April 1, and that the school is still waiting on numbers for insurance increases, but it looks like they will avoid an increase.

And while the pandemic has resulted in several unexpected expenses for RSU 39, the district hopes to receive close to $5 million through two applications with the Elementary and Secondary School Emergency Relief Fund. This funding would need to be spent by 2023 and would be applied over the course of multiple school years.

“These funds can only be spent once the Maine Department of Education okays the plan for RSU 39,” Doak said. He said he hopes the majority of the money can be applied to one-time payments and capital improvements and not into staff — which he said would result in “rubber band effect in 2023 where we paid for a lot of wages with government money and then need to put that all back in the budget.”

A portion of the money may need to be applied to staff in order for the school to maintain a flat mill rate, he said.

And while the federal funding will help RSU 39 maintain a flat budget, potentially even for the next couple of years, the quality of the school and its programs could be drastically affected without an increase down the road.

Doak said the track in particular is about nine years beyond its life expectancy, and the parking lot in the high school has not been paved in its entirety for about 25 to 30 years. He said the cost for paving only half of the parking lot was estimated at $330,000 and that the track would cost about $450,000 to update fully.

Many of the financial hardships caused by the pandemic have been covered by the first round of ESSERF funding and the Coronavirus Relief Fund. This money, approximately $2 million, helped the administration buy four new buses, new furniture, cleaning supplies and Chromebooks for remote learning. They also recently hired an additional nurse to help with contact tracing and ensuring the schools are safe amid the pandemic.

The buses were particularly important, as social distancing requirements brought down the max capacity of a single bus from 60 students to 20. The buses are also being used to deliver lunches, which are packed by school cafeteria staff, to students who are learning from home.

Doak said the next step for the budget is to have another regular board meeting on April 7 to discuss it, followed by a final workshop, and a subsequent board meeting in which they would formally approve the budget.

Then, in late May, the school will host a district budget meeting in which the administration will give a presentation to explain how they arrived at the current budget, answer questions from the public, and then ask for a vote — either by secret ballot or show of hands — of approval. Once approved, the budget will go to a referendum vote in June.