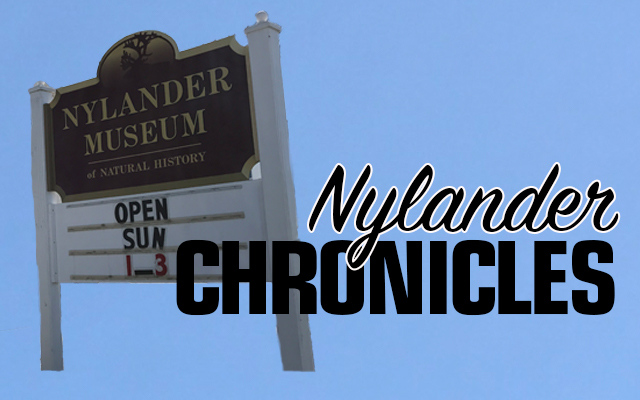 Contributed • April 14, 2021
Conservation and preservation relate to the protection of nature. Conservation is sustainable use of nature by humans, for activities such as hunting, logging or mining, while preservation means protecting nature from human use.

Editor’s note: The Nylander museum board of directors offers this column as the first in a two-part series in honor of Earth Day, which will be celebrated worldwide April 20-22.

Conservation and preservation relate to the protection of nature. Conservation is sustainable use of nature by humans, for activities such as hunting, logging or mining, while preservation means protecting nature from human use.

Habitats change naturally and habitats change through human influence. Natural change can be managed by the earth’s ecosystems. Conservation and preservation organizations reckon that change imposed by humans often has devastating or irreversible effects on the environment and can be curbed through human effort.

In The County, April is a transition month in the great outdoors as nature reawakens. What better time to contemplate the role of individuals to maintain balance for current and future sustainability of wild and agricultural environment!

Following is an edited excerpt from the 1930s by Olof Nylander. Names have been eliminated for privacy. With his sharp mind, ahead of many others in his chosen vocation, Mr. Nylander was aware of environmental conditions and ramifications of human interaction with nature.

“Preservation and conservation are advocated by many. The combined efforts of people make rules and laws to save and preserve, for coming generations, the natural resources of Maine. Many of our greatest advocates do not study the subject or delve into the conditions that lead to the destruction and extermination of our wild life.

“The northeast part of America was originally a waste area of forest where plants and animals lived in the shaded shelter of the trees. When the lumber industry started the largest trees were cut first. Through the openings thus left in the tops of the forest, sunshine reached the forest floor, where unaccountable billions of seeds, under the decaying leaves, sprouted coming up in such thick solid masses that they completely covered the ground. The rapid growth completely choked out the smaller and more delicate plants, some of which have disappeared forever.

“The young sprouts of the different species of trees came up so thick that they themselves had to fight for their existence. As this rapid growth continued year after year, more and more of the younger trees were simply exterminated by strangulation. Where the natural height had been reached each tree had by its supreme efforts exterminated all its competitors. When the people commenced to cut the forest and clear the land everything was extinguished. The large trees, which furnished shelter for the smaller plants, when exposed to the burning sun and blighted by the winds, simply perished.

“As the forest is removed it has a great effect on the soil and drainage. The waters that run off the cleared land no longer support the bogs and swamps as they used to, so that peculiar species of animal life and plants gradually dwindles away.”

Part 2 will continue in the Nylander Chronicles with more of Mr. Nylander’s observations and thoughts on the topic of conservation and preservation.

This column is the work of the Nylander Museum board of directors.

Members of the Houlton Band of Maliseets will head to the ballot box in order to determine who will be elected as their new tribal chief.
Pets END_OF_DOCUMENT_TOKEN_TO_BE_REPLACED