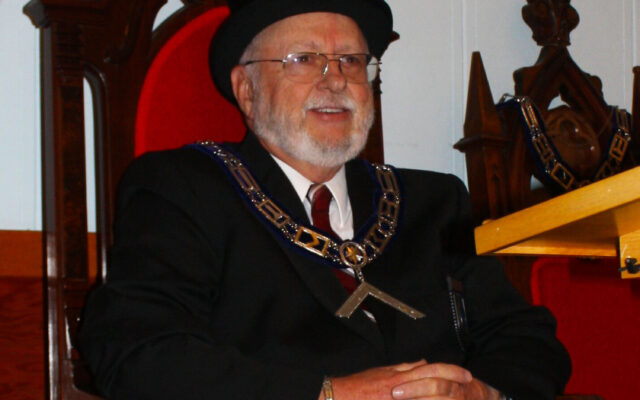 Kathleen Phalen Tomaselli • April 21, 2021
Milt Smith loved to fly. Like the most agile of birds, he’d soar near the clouds, taking in the long-distance view of the community he loved and served. Sometimes in his single-engine fixed-wing plane and sometimes in the Hopper, the one-man balloon he built, Milt Smith could momentarily step back from his busy world to look and listen before he was back on the ground, running.

PRESQUE ISLE, Maine — Milt Smith loved to fly. Like the most agile of birds, he’d soar near the clouds, taking in the long-distance view of the community he loved and served. Sometimes in his single-engine fixed-wing plane and sometimes in the Hopper, the one-man balloon he built, Milt Smith could momentarily step back from his busy world to look and listen before he was back on the ground, running.

“He was an amazing man,” Past Central Aroostook Chamber of Commerce Executive Director Theresa Fowler said. “He certainly had the image, the betterment, the growth of the community at his heart.”

Milton Edwin Smith died on Saturday, March 17. He was 76.

Growing up on a Mapleton farm, he was rooted in County soil, and even when Smith left the area in 1972, he and his wife, Linda Lee Libby, soon returned to Maine and eventually were living back in The County.

Together, the team of Milt and Linda served on many community boards and volunteered for events and projects until her death in 2014.

It was in 1981, after several retail positions in Connecticut and Maine, that Smith purchased the Presque Isle Kentucky Fried Chicken franchise, which his family still operates today.

Deschene fondly remembers how as a kid, they would stop at the Main Street Kentucky Fried Chicken before going to the arcade or movies.

“We would grab sodas,” Deschene said. “It was just nice … He was a truly nice person. “

Longtime friend Floyd Rockholt first met Smith many years ago while they were serving on the Presque Isle Chamber of Commerce retail committee together. And the two shared a love of community. But Rockholt, who owns Eagle Hill Stamps and Coins in the city, is quick to say that Smith was a great mentor who shared his business knowledge freely.

“When Milt got involved, he got really involved,” Rockholt said. “He was a great friend, a wonderful guy who you could always call on and talk to him.”

Despite his many honors and accolades, Fowler said Smith chose to stay in the background, quietly working. And it was his willingness to help that drew others to him and before long they were working alongside him. Rockholt said it was hard to say “no” to Smith.

“He would do anything you asked of him. He had a passion for the things he did and he would ask you to join him,” she said. “And then he would join you in the work.” 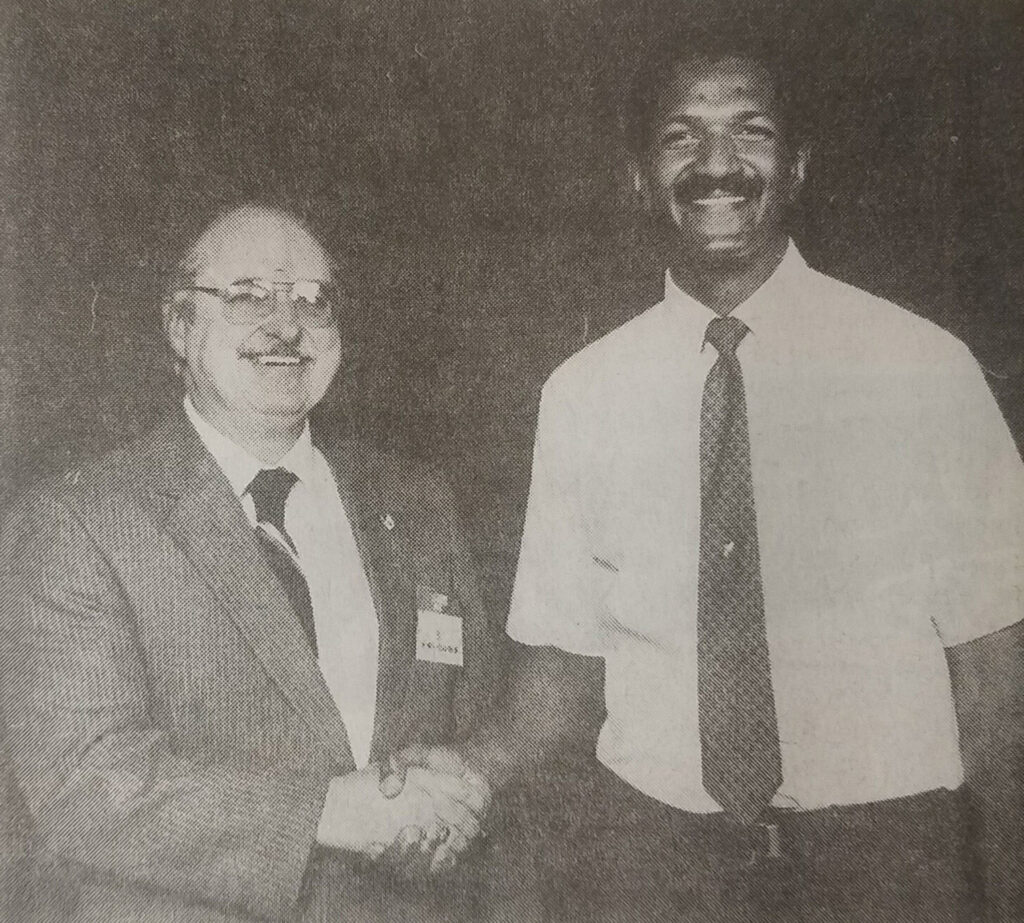 Back in 1992, Smith met Lake Edna KFC owner, Russ Beeler (played by actor Rif Hutton), at the national KFC convention at Opryland USA. And he admitted he had been excited to meet Beeler.

The funny thing is, Lake Edna was a fictitious small town created as part of a KFC multiyear advertising campaign where residents appeared to eat chicken round the clock. The company’s ad agency Young & Rubicam made Lake Edna appear so real that the company started receiving calls asking about how to find the lake town.

So, when Smith met the fictitious KFC owner at the convention, he was delighted.

“If I missed him this time, I might never have gotten directions to Lake Edna,” he said, smiling.

Smith was the founder of Aroostook County Tourism, for which he regularly sought improvement grants aimed at drawing visitors to the area to promote snowmobiling in northern Maine. Former Gov. Angus King appointed Smith to the Maine Tourism Commission.

Then there were his many years of volunteering with the Crown of Maine Balloon Festival. Rockholt recalls how from his first year with the festival, Smith was hooked, serving as balloon meister for several years and sponsoring the event.

“He was instrumental in making the festival what it is today,” Rockholt said, recalling several stories about Smith’s dedication to the festival.

In addition to his own business pursuits and service on community boards, Smith never forgot his community and he was also a member of many local service clubs, including the Masons Trinity Lodge No. 130, where he served as the Worshipful Master of the Presque Isle Masons,  the Anah Shriners, the Bangor Valley of Ancient and Accepted Scottish Rite and the Rotary to name a few.

“He was very generous with his time toward Rotary and the balloon festival,” Puckett said. “And he was certainly quick with a smile.”

Sometimes though, no matter how many distinctions a person receives, it comes down to those individual relationships like the ones Smith shared with his family, Rockholt, Fowler and many, many others, that clearly define a person’s forever imprint. And Smith’s kindness, generosity and enduring spirit are what most will recall.

“He was kind and caring,” Fowler said. “He was just a great, great person. It is a real loss to the community. ”|