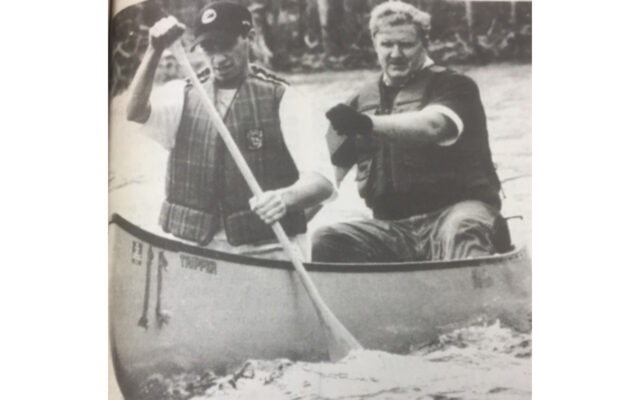 Trip across the border — B.H. Brown and Lester Kelso made a business trip to Fredericton last week by auto, making the trip in under 4 hours.

Change of ownership — Frank Blethen, who has been in jewelry and watch repairing business ever since he came to Houlton, purchased the business of the late James K. Osgood.

New oil company here — The Thompson Oil Company started in business here this week to take over distribution of Shell Gasoline and Oil products in the territory lying between the North of Monticello and Patten. Plans are also in mind for a service and filling station.

Houlton High School Circus makes history — Record attendance jammed the auditorium this week with a sale of more than 2,400 admission tickets, and proved to be in far excess of that of any previous year. The 1946 circus proved to be the greatest success in the history of it.

Houlton man gets singing group award — Al McLean of Houlton has been honored by the Presque Isle Barbershoppers. McLean, a member for two years, was the recipient of the “Man of Note Award.” The award a ceramic trophy in the design of a musical note bearing the awards winners name.

Scenic highway — Maine’s Scenic Highway Board will hold a public hearing at the town office in Danforth regarding the proposed designation of a portion of U.S. Route 1 as a scenic highway. The eight mile portion extends from the Danforth-Weston town line to the Weston-Orient town line. Among the scenic features are sweeping views to the east of Grand Lake.

Patten youth is named “Honorary Forest Ranger” — Jason Cullen, a fifth-grade student from Patten, has become the second child in Maine to be presented with an “Honorary Forest Ranger” award. The program which began in February, is a cooperative effort with the Maine Forest Service and Operation Lift-Off of Maine, a wish fulfillment organization helping seriously ill children. Jason, age 11, suffers from Cystic Fibrosis. He was given an official Forest Ranger badge and a framed certificate.

Members of the Houlton Band of Maliseets will head to the ballot box in order to determine who will be elected as their new tribal chief.
Pets END_OF_DOCUMENT_TOKEN_TO_BE_REPLACED
6 days ago