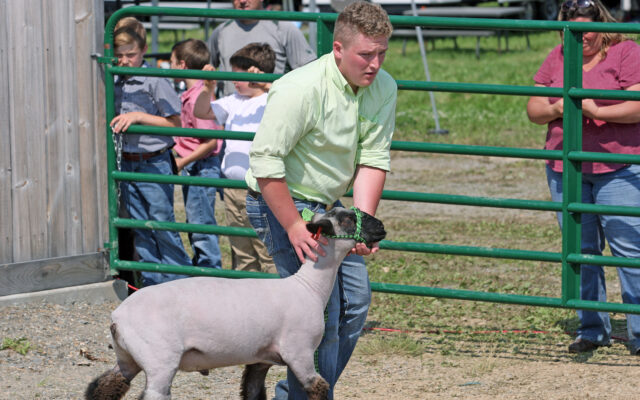 Houlton fair returning for Fourth of July this year

Alexander MacDougall • May 6, 2021
After its cancellation last year due to COVID-19 restrictions, the Houlton Agricultural Fair will make a comeback this year.

HOULTON, Maine — After its cancellation last year due to COVID-19 restrictions, the Houlton Agricultural Fair will make a comeback this year.

While the fair usually runs for four days or more, this year’s event is slated for July 3 and 4, although additional activities may be planned to accommodate extra days, according to Nick Crane, president of the Houlton Fair.

“It’s going to be a little different this year,” Crane said. “We’re trying to kind of go back to the basics, because we couldn’t get the carnival this year.”

There will be no carnival rides at the fair, which Crane said was due to scheduling conflicts and midway companies having to make cancellations. However, the agricultural livestock exhibits and demolition derby will take place, and games for children are also planned.

In order to try to control the number of people who attend this year’s fair, pre-sale tickets are being sold for $10 that covers admission for both days of the fair. On-site gate admissions will also be sold, but will cost $10 per day instead, in order to encourage customers to purchase in advance.

“We’re limited on space, so we want to pre-sell as many tickets as we can,” Crane said. “It also helps limit cash-handling at the gate.”

Crane said the fair also still expects to have food vendors present at the fair, despite the lack of a carnival. As always, the fair will conclude on the Fourth of July with a fireworks display.

For information on advance tickets, visit the fair’s Facebook page.

Rep. Joseph Underwood, R-Presque Isle has been appointed to serve on the Legislature’s Agriculture, Conservation and Forestry Committee.
Pets END_OF_DOCUMENT_TOKEN_TO_BE_REPLACED