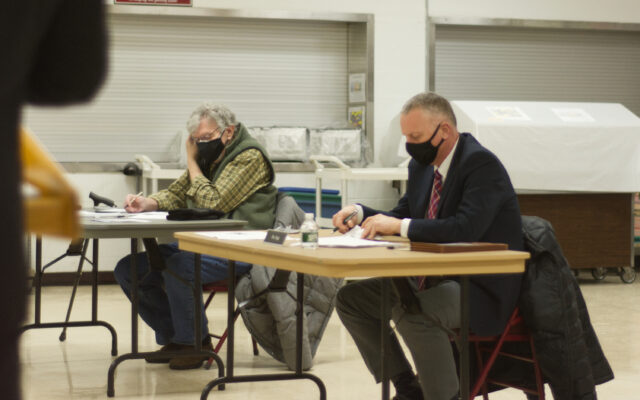 The next steps are for the public to approve the budget at a meeting later this month, and for a final time during the June election.

RSU 39 Superintendent Tim Doak said the board had been working to create a budget with little to no increase since earlier this year, and that the recent approval of the second round of Elementary and Secondary School Emergency Relief Fund dollars helped tremendously.

The funding, which was approved in late April, gave the school $1.5 million. They are currently in the process of applying for a third round, which totals $3.5 million.

He said the funding allowed the school to take $670,000 worth of capital improvement projects out of the budget and, ultimately, “out of taxpayer responsibility.”

If it weren’t for the funding, this year’s budget could have seen a significant increase. Doak said the first draft of the budget was a little over $22 million, or about a $2.5 million increase compared to last year. Even with the funding, the school had to make significant cuts in order for this year’s budget to stay flat, a goal Doak said they have had since the pandemic has made finances more difficult for residents.

“Some might ask why the budget didn’t go down more, with all the money we received,” he said. “A lot of this money could only be spent on things that weren’t in the budget.”

Expenses covered by this round of funding include books for the library, software devices, a new nurse, support staff, ed techs, two custodians and a resource officer at the high school. Additionally, it will be used to improve the high school’s lighting, adding a card lock system, replacing asbestos flooring and tiles, upgrading the high school’s second science lab, improving the tennis courts and for building a new track at the high school.

“It doesn’t sound like much, but it’s significant because every year that local tax we ask for always went up, and this year it went down,” he said.

RSU 39 is applying for an additional $3.5 million in ESSERF money. This funding would need to be spent by September 2024, and 20 percent must be spent on learning loss, or helping kids who lost learning opportunities due to the COVID-19 pandemic. Examples of this include summer school and after-school programs, as well as hiring additional staff to help students catch up.

The district budget meeting, in which voters will approve the budget by show of hands or secret ballot, is set to take place at 5:30 p.m. on May 26 at the Caribou Performing Arts Center.

June is generally a month that also marks the height of “kitten season,” when large litters of kittens are born and often end up in animal shelters.   Luckily, here at the Central Aroostook Humane Society, we have seen a dramatic drop in the cat population over the past five years, mostly due to our spay and neuter program.
What's Happening This Week END_OF_DOCUMENT_TOKEN_TO_BE_REPLACED