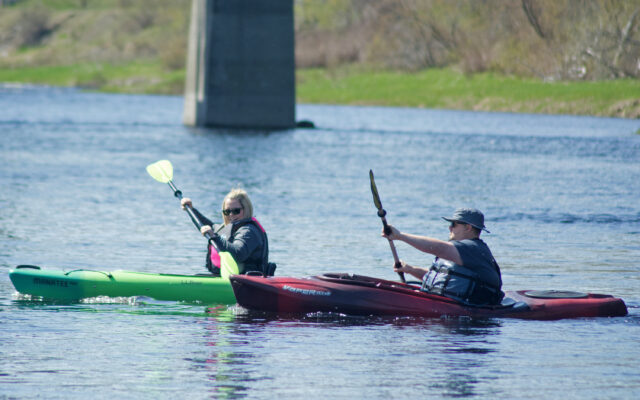 Chris Bouchard • May 17, 2021
Warm weather and clear skies greeted boaters as they embarked on Caribou’s Aroostook River Spring Runoff Canoe & Kayak Race on May 15, starting at the Lower Lyndon Street boat launch and paddling 6.2 miles along the Aroostook River -- ending at Forbes Pit.

A total of 34 participated and 21 boats were registered, with most finishing the race in under an hour, according to Parks and Recreation Program Director Neal Sleeper. The fastest recorded time was Dan Baumert of Bangor with a time of 44:18. Jim Park of Presque Isle received second place with a time of 49:04, and Roger Barnes of Presque Isle came in third overall with a total time of 49:23.

Sleeper said the department is already working on building off the success of this year’s race and hosting another on May 14, 2022. 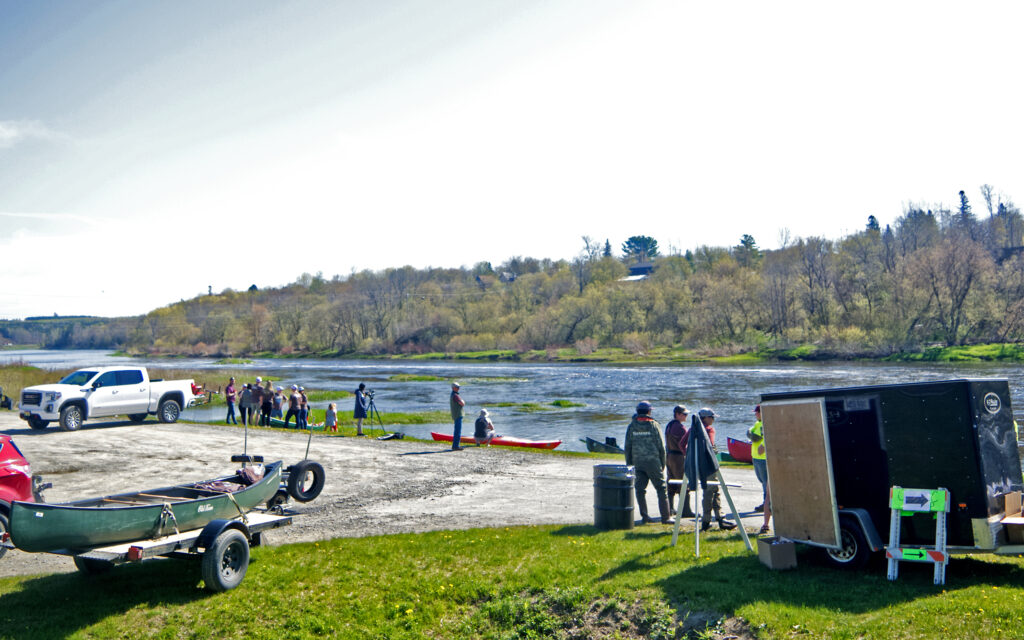 Parks and Recreation Superintendent Gary Marquis said the city has not had a canoe race in about 27 years, adding that they were inspired to bring back the event to encourage use of the boat launch and river.

“The water’s absolutely perfect, and the Riverfront Committee wants to do some more surveying and put some more use into the boat launch and into the river,” he said on the morning of the race. “It’s a beautiful stretch of river and we want people to get involved and utilize the water. It’s a perfect day for this.”

Races were staggered, with boats leaving two at a time in one-minute intervals, and the delayed start for later races being subtracted from their total time at the finish line.

About 15 to 18 people between recreation employees and volunteers were present to take care of timing, registrations and assist boaters at the start and finish line. Wardens were also present on the river to ensure boater safety.

Husband and wife Jon and Lori Clayton were the first to launch. They said they’d been kayaking for close to seven years, and got into the sport for recreation and to take day trips on the river.

“I’d like to see this happen annually,” Jon Clayton said. “It looks like there’s a good turnout right now, and I think it’d be a good thing for Caribou to get into. I hope it’s gonna go great.”

They said they purchased a kayak for their 8-year-old son, and that they’ve started to teach him how to ride on the rivers.

“Once he gets more skills underneath him, maybe he could do this with us,” Clayton said, adding that they all enjoy riding kayaks together as a family bonding experience.

Marquis said the department absolutely plans to make the canoe and kayak race an annual event in the future.

“It’s time we got this going again,” he said. “It’s a safe, beautiful stretch of river.”

June is generally a month that also marks the height of “kitten season,” when large litters of kittens are born and often end up in animal shelters.   Luckily, here at the Central Aroostook Humane Society, we have seen a dramatic drop in the cat population over the past five years, mostly due to our spay and neuter program.
What's Happening This Week END_OF_DOCUMENT_TOKEN_TO_BE_REPLACED