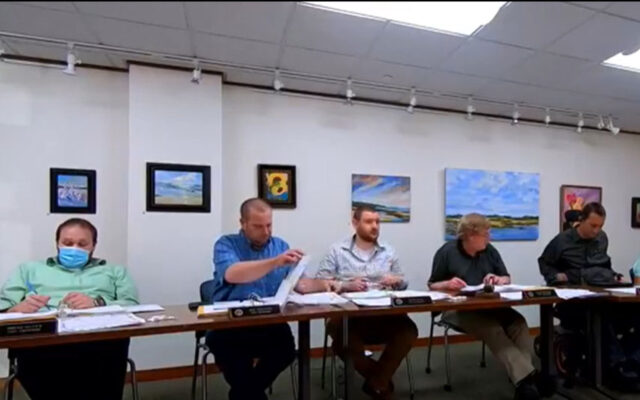 And after considerable discussion on the matter, the city council voted to accept the report and scheduled a public hearing on the rental application process for July 15.

“There’s about 900 hours of work boiled down into that document,” City Council Chairman Kevin Freeman said about the rental report during last week’s meeting. “Until we do this registration, the one thing we don’t know is how many apartments we have. We do know we have a housing deficiency.”

It’s been a nine-month journey of exploring options and listening to various interest groups, Director of Economic and Community Development Galen Weibley explained as he presented the report to the city council.

Defining the number of rental units in the city is part of a larger community revitalization effort aimed at bringing new businesses and jobs to Presque Isle. And Weibley, who has been leading the rental registration initiative, said the recently released rental report serves as a blueprint for the city’s future.

“It has opened doors for other potential collaborations with state agencies and departments,” Weibley said during the city council meeting. “We are now on their radar screen for potential funding moving forward because they see we now have a plan of action.”

If the city is focused on bringing new people into the community, there has to be available housing for new residents. And currently it’s rough finding a rental unit in the city.

Landlords would have one year to register rental units. Each individual unit will be registered with the city and the registration would include the landlord’s contact information. If landlords live more than 50 miles from the city, they need rental managers. There would be no cost to register.

Once registered, there would be a random, city-wide inspection by code enforcement. Meaning a certain percentage of the rental units would be inspected each year after a random selection of properties. Potentially, if a landlord had 100 rental units, only 10 might be slated for inspection the first year.

City Councilor Doug Cyr, who currently has 150 rental units in the city, said the city already has codes and he wondered if there were other ways of doing this.

“I think the city has greatly underestimated the amount of time the code office will need for this,” he said.

A public hearing on the rental registration application is slated for 6 p.m. Thursday, July 15.

Members of the Houlton Band of Maliseets will head to the ballot box in order to determine who will be elected as their new tribal chief.
Pets END_OF_DOCUMENT_TOKEN_TO_BE_REPLACED