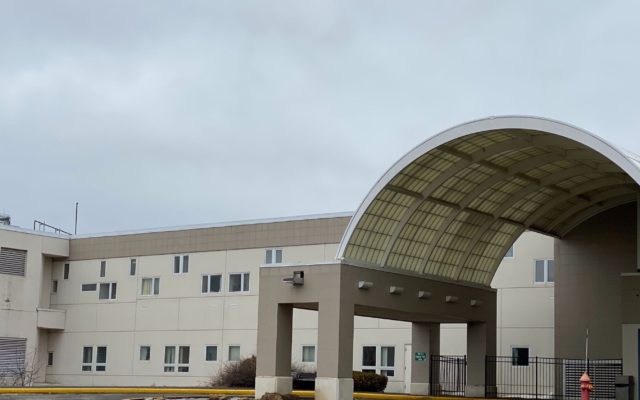 Alexander MacDougall • July 16, 2021
Aroostook County is undergoing a small uptick in COVID-19 cases, with seven new cases reported by the Maine Center for Disease Control, bringing the total number of active cases in The County to 18.

HOULTON, Maine — Aroostook County is undergoing a small uptick in COVID-19 cases, with seven new cases reported by the Maine Center for Disease Control, bringing the total number of active cases in The County to 18.

Shawn Anderson, the CEO of Houlton Regional Hospital, said that there had been an increase in the number of COVID-19 cases over the past 10 days, although case increases remained in the single digits. Two of the most recent patients had to be hospitalized due to worsening conditions, but were eventually discharged.

“By and large, the numbers still remain small, but the seriousness of the illnesses are certainly of concern,” Anderson said. “Along with that, there have been a small number of positive cases that have resulted in at-home recuperation.”

The rise is in keeping with nationwide trends, with around 35,000 cases reported in the United States on Friday, about 10 times the number that had been reported on July 4. Concerns have been raised about the spread of the new delta variant of COVID-19, though vaccines have been shown to be effective against the new variant, according to Anderson.

“There’s data to show that all three vaccines are effective against the delta variant,” said Anderson. “The best way to avoid it is to be vaccinated.” He also said it was unknown whether the newer cases consisted of the new variant, as testing for it is done at the CDC level.

Houlton Regional Hospital is allowing anyone who enters the hospital to get a vaccine dose. Anderson estimated that the hospital regularly administers between 20 and 30 doses of vaccines a week.

Currently about 60 percent of residents in the Houlton area had received at least one dose of the Moderna, Pfizer or Johnson & Johnson vaccine, although more than 2,000 residents were not vaccinated, according to the Maine CDC. Aroostook County as a total had 52 percent of its population fully vaccinated, ranking it in the middle among Maine counties for total vaccination rates.

Members of the Houlton Band of Maliseets will head to the ballot box in order to determine who will be elected as their new tribal chief.
Pets END_OF_DOCUMENT_TOKEN_TO_BE_REPLACED