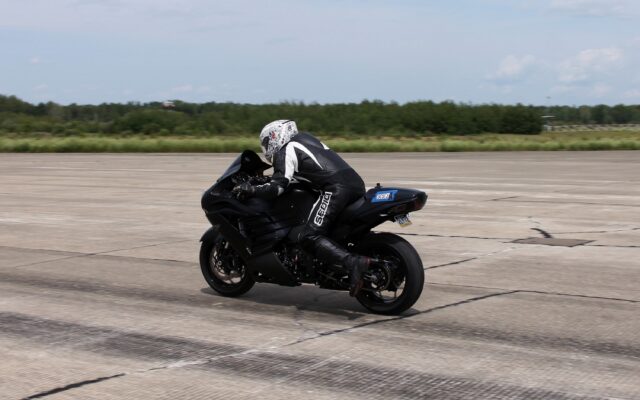 Hannah Catlin • July 19, 2021
A mile and a half in less than 30 seconds -- that’s how fast the quickest racers were completing the course at the former Loring Air Force Base during Loring Timing Association’s 12th annual land speed races.

LIMESTONE, Maine — A mile and a half in less than 30 seconds — that’s how fast the quickest racers were completing the course at the former Loring Air Force Base during Loring Timing Association’s 12th annual land speed races.

During the four-day event, Loring Timing celebrated a landmark 10,000th sprint down the old airfield runway. That run was taken by veteran participant Mike Tomany. But he was just one of the dozens of bikes and cars from around the country that rolled onto the base to take on one of the most competitive paved land speed events in the country.

Distinct from other types of motor racing, land speed trials don’t involve any wheel-to-wheel combat. Rather, the drivers race against the speedometer, trying to set personal, track and all-time records as they fly solo down the road.

Racers completed hundreds of sprints during the event, which began on Wednesday, July 14, until Saturday.

On Friday, Ron and Bob Keselowski — both related to top-10 NASCAR driver Brad Keselowski — took their Corvettes to the track, setting the top speeds for the weekend at upward of 260 miles per hour. The all-time Loring track record is 311 miles per hour.

Land speed races take vehicles of all kinds, everything from suped up street cars to antique vehicles to an electric-powered open wheel single-seater.

Veteran racer Tom Schaefer is on a quest to collect 1,000 land speed records. He brought three bikes to Loring from his home in Georgia, all in different competitive classes. Throughout the weekend, Schaefer tinkered with the builds to allow him to race in even more categories.

Entering the weekend, Schaefer held more than 700 records, but with all the different permutations of race distance and bike build he competed with over the weekend, he left Loring with more than 900 records. 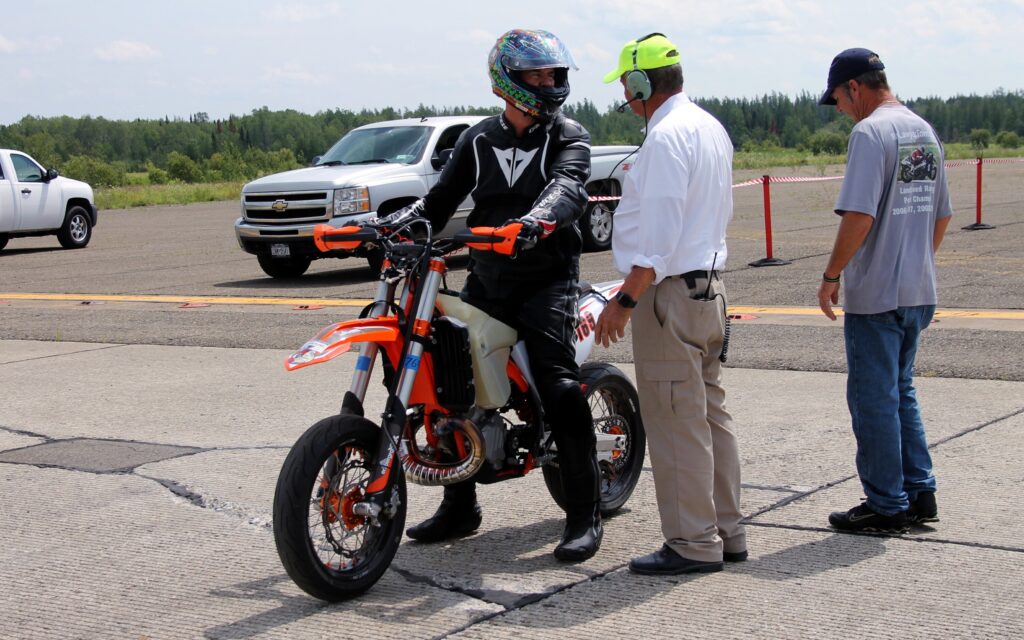 Even with its cracks and grooved pavement, Loring is the “best and smoothest track there is,” Schaefer said.

Meanwhile, motorcycle safety instructor and first time land speed racer Matt Molmar of Pennsylvania was trying to wrestle his Kawasaki bike up to 200 miles per hour.

Even after one weekend, Molmar was already feeling that addictive quality so many of the long-time drivers reported came with land speed racing. He took run after run: hitting 194, 196, 198 miles an hour, but never quite made it into the “2-Club.”

From the starting line, event organizers and other drivers gathered around the walkie-talkie during Molmar’s runs, waiting to hear the reports from the mile and mile-and-a-half speed traps. In unison, they gasped and groaned as he came closer and closer to the limit, never quite crossing over.

The atmosphere at the event was almost that of a family reunion. The racing community is incredibly close, with many of the organizers and participants having known each other for years.

Joe Timney is the father of paved land speed racing, according to Loring Race Director Joe Daly. The long-time owner of the East Coast Timing Association, Timney helped the organizers at Loring start the races in Maine in 2009, and he travels north for the event every year to watch.

“I’ve never met a nicer group of people,” Tinley said. “I can’t fill one hand with the people I dislike.”

Timney prides himself on “ruining lives” — getting people hooked on the sport he’s been dedicated to for the last few decades. While drag racing and racing on track bring thrills you can’t quite get in a land speed race, the format forces competitors to race against themselves, and pushes them to constantly improve their vehicle’s mechanics and their own racing technique.

The feeling is incomparable, Timney said.

“[It’s like] anything you’ve ever tried where you really, really like it — but then you take it to the extreme.”

Members of the Houlton Band of Maliseets will head to the ballot box in order to determine who will be elected as their new tribal chief.
Pets END_OF_DOCUMENT_TOKEN_TO_BE_REPLACED