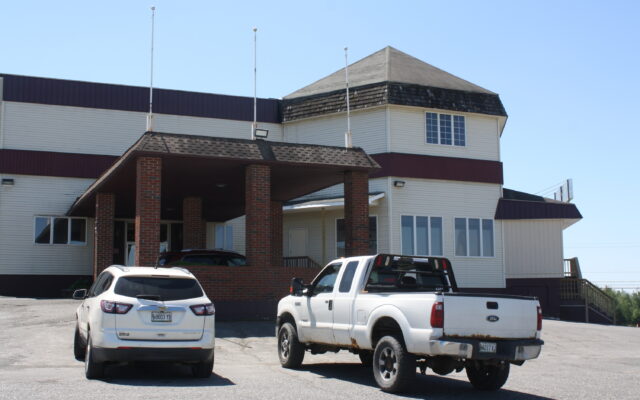 Airport director Scott Wardwell began by informing councilors about “ride-hailing services” such as Uber and Lyft that have been operating at the airport prior to the COVID-19 pandemic.

When those services first became available, Wardwell said, the airport did not officially announce regulations, opting to see whether the market for such services would grow in Presque Isle.

“Those services have actually been growing during the pandemic,” Wardwell said, during the meeting held at Sargent Family Community Center.

Unlike traditional taxi cabs, passengers request Uber or Lyft vehicles through an app on their smartphones. Though airports in Maine could not regulate ride-hailing services in the early days of Uber, a more recent state law allows airports with at least 20,000 passenger boardings a year to have limited regulations.

Wardwell said that although Presque Isle International Airport does not have that number of yearly boardings, any rules they create for ride hailing can still fall under the earlier law, so long as the city is not enforcing the regulations.

As part of the proposed rules, ride-hailing services such as Uber and Lyft will not be allowed to park in designated taxi cab, courtesy vehicle or car rental parking spaces and will instead be allowed to park in the public parking lot. Ride-hailing vehicles must immediately help passengers unload at the curb area near the terminal, but not wait at the curb for flights to arrive.

To reduce traffic in the airport terminal and not take away from taxi cab and rental car services, ride-hailing drivers will not be allowed in the terminal to solicit passengers, which could include behavior such as shouting, holding up signs or calling out destinations.

Councilors also approved an agreement between the airport and the Presque Isle Inn & Convention Center for a courtesy vehicle service, which will bring hotel guests to the airport and back.

Prior to the vote, Clint Deschene, director of community innovation for Ignite PI, the nonprofit that operates the Northeastland Hotel, urged councilors to consider adopting a city-wide courtesy vehicle ordinance rather than sign an individual agreement.

“I would encourage the city to extend this opportunity to all hotels in the city and engage in an open dialogue [with hotel owners],” Deschene said.

Council chairperson Kevin Freeman clarified that although the agreement specified the Presque Isle Inn & Convention Center, the council’s vote is intended to potentially work with other hotels who want to offer courtesy vehicle services.

“My understanding was that the Convention Center would take this idea to the other hotel owners to come up with something together,” Freeman said.

In other business, City Manager Martin Puckett gave councilors an update on City Hall. Engineers and contractors for the 8-month project, which began in May, have installed new windows, LED lights, heat pumps and flooring inside first-floor offices and have begun similar work on the second floor.

Once completed, the lobby will feature a wheelchair accessible public bathroom and three private voting booths, neither of which were in the original City Hall design.

Though the project is three to four weeks behind schedule due to some materials arriving late, the contractors are looking to fully transition to second floor work in the near future, noted Freeman.

“Once we have a [wheelchair accessible] ramp for the front entrance, we’ll be able to open to the public,” Freeman said.

The next city council meeting will be held Wednesday, Sept. 29, at the Sargent Family Community Center.

For the first time since 2019, there is competition for open seats on the Houlton Town Council
Pets END_OF_DOCUMENT_TOKEN_TO_BE_REPLACED