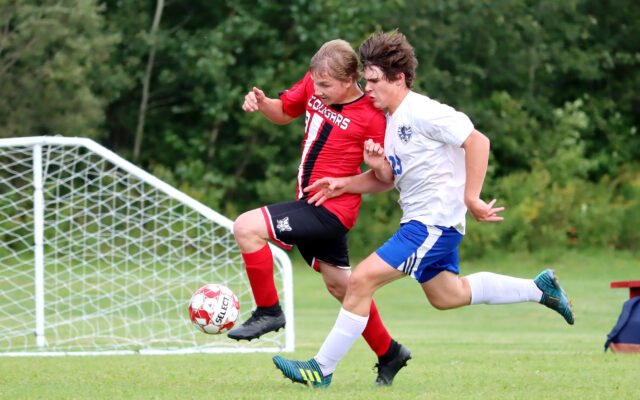 Joseph Cyr • September 3, 2021
The fall soccer season is now underway for all teams, with a bundle of games played in recent days.

The fall soccer season is now underway for all teams, with a bundle of games played in recent days.

The following games were reported to the newspaper. Coaches are asked to submit their results as soon as possible after each game by emailing results to countysports@bangordailynews.com.

Ashland 4, Wisdom 3 — At Ashland Aug. 31, Abby Doughty had two goals to lead the Hornets past Wisdom. Gabriella Ayotte and Kylie Bolstridge both added solo goals, while Kayla McLean had an assist for Ashland.

Scoring for Wisdom were Oliva Ouellette, Camryn Clavette and Lily Roy each with one goal.

Katahdin 4, MSSM 0 — At Limestone Aug. 31, the visiting Katahdin Cougars rolled to the shutout victory. Hunter Hartsgrove tallied three goals and added an assist, while Emily Beyer had a goal and two assists for the Cougars.

Nikita Keim made five saves on five shots in goal for Katahdin. Hadley Blodgett had nine saves on 13 shots for MSSM. 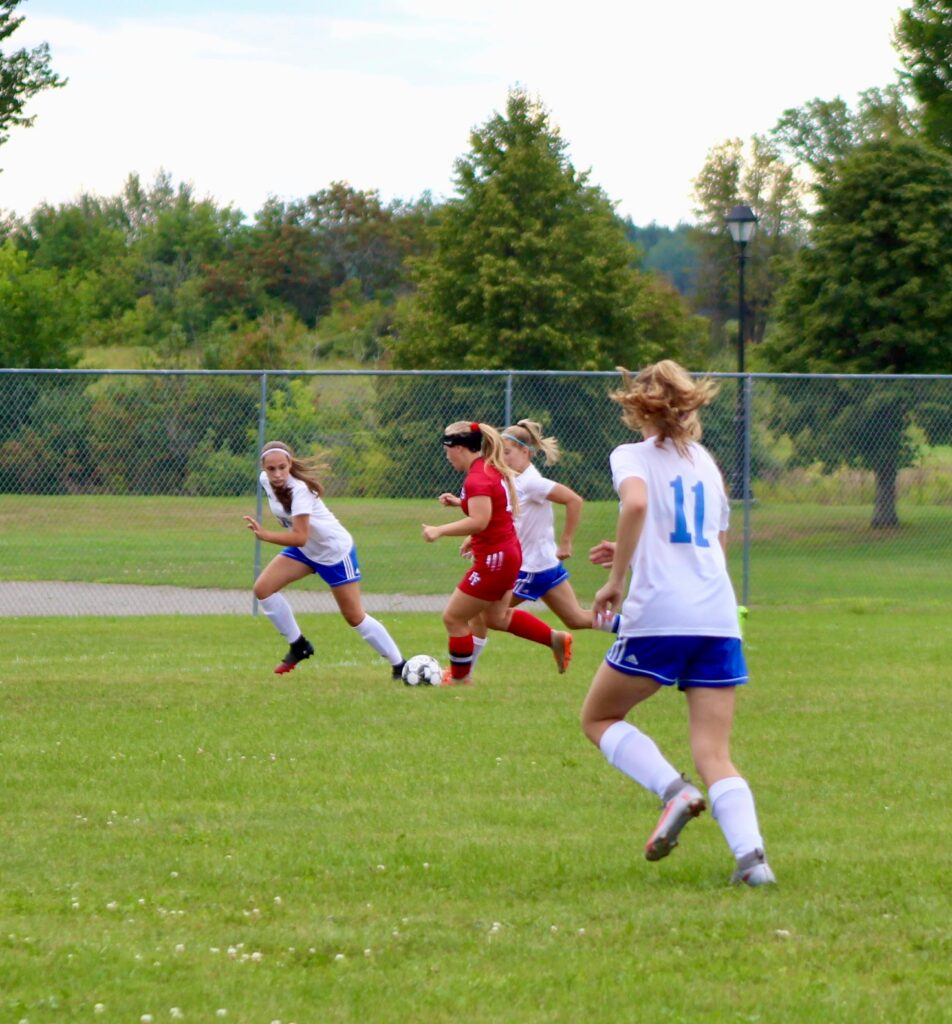 FORT FAIRFIELD, Maine — September 3, 2021 — Fort Fairfield’s Camryn Ala dribbles the ball up the field through a pair of Madawaska defenders during an Aug. 24 girls soccer game. Fort Fairfield won 5-1. (Photo courtesy of Emily Ala) 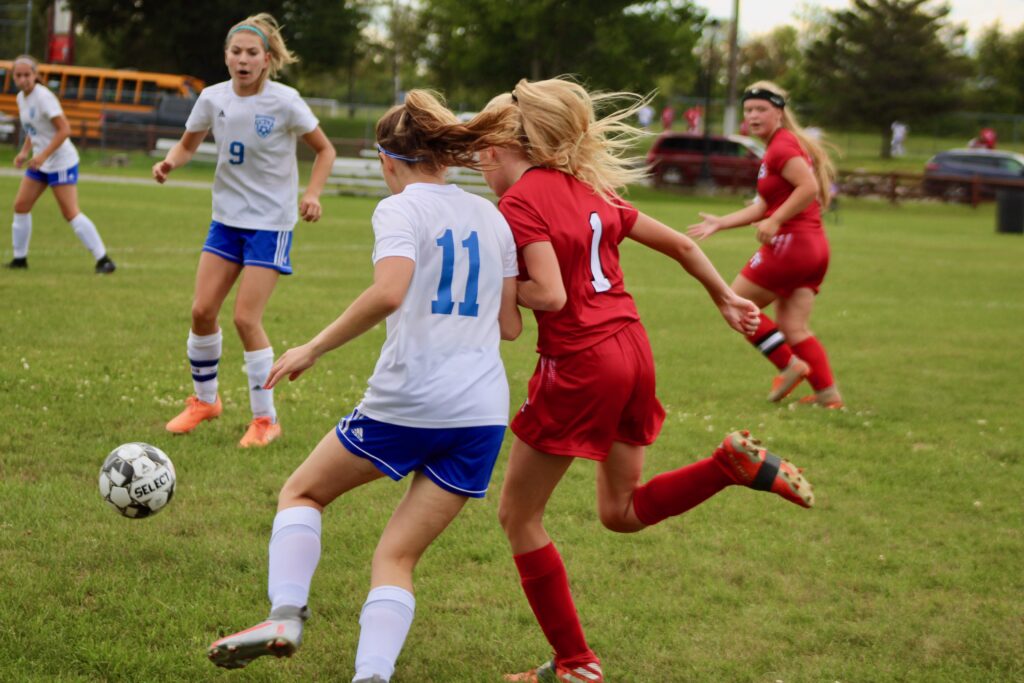 Fort Fairfield 5, Madawaska 1 — At Fort Fairfield Aug. 24, Camryn Ala led the Tigers with three goals and an assist. Areli Angiuano and Emma Kilcollins each added a goal. Phoebe Solomon added an assist.

Renee LaPointe had the lone Owl goal, scoring on a penalty kick.

Katahdin 2, Central Aroostook 1 — At Stacyville Sept. 1, Grady Ritchie scored what turned out to be the game-winning goal on a penalty kick with 4:18 remaining in overtime. It was his second goal of the game.

Ethan Cushman scored the lone Central Aroostook goal with 2:41 to play in the second half to force overtime.

Kyle McNally had an assist for the Cougars.

Kalan Mann had 10 saves on 13 shots in goal for Katahdin, while Frankie Kearney had 11 saves on 27 shots for Central Aroostook. 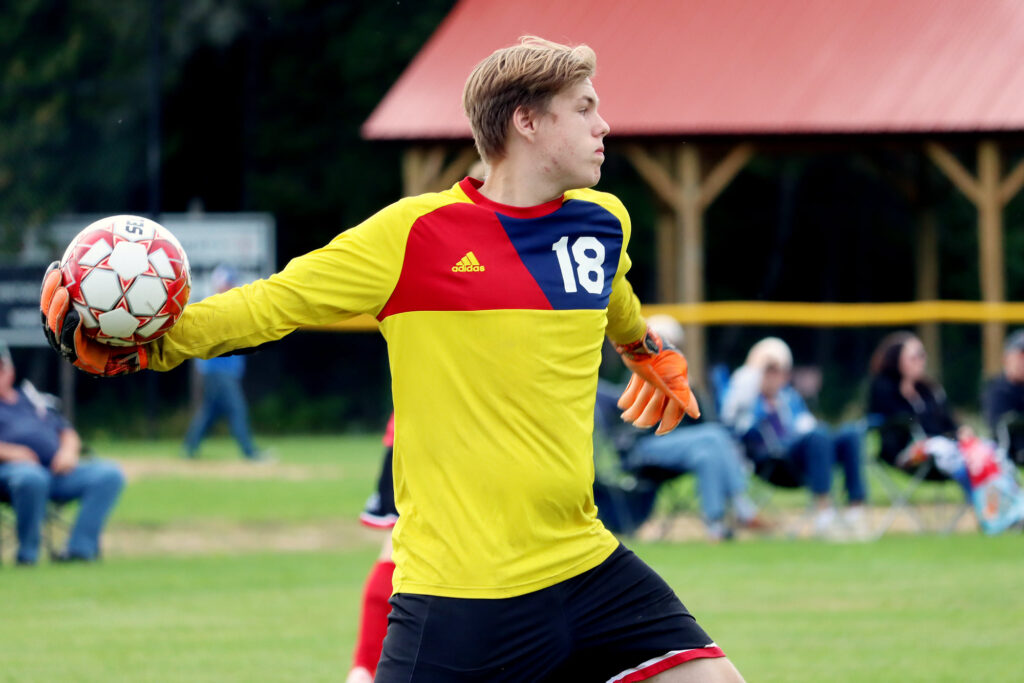 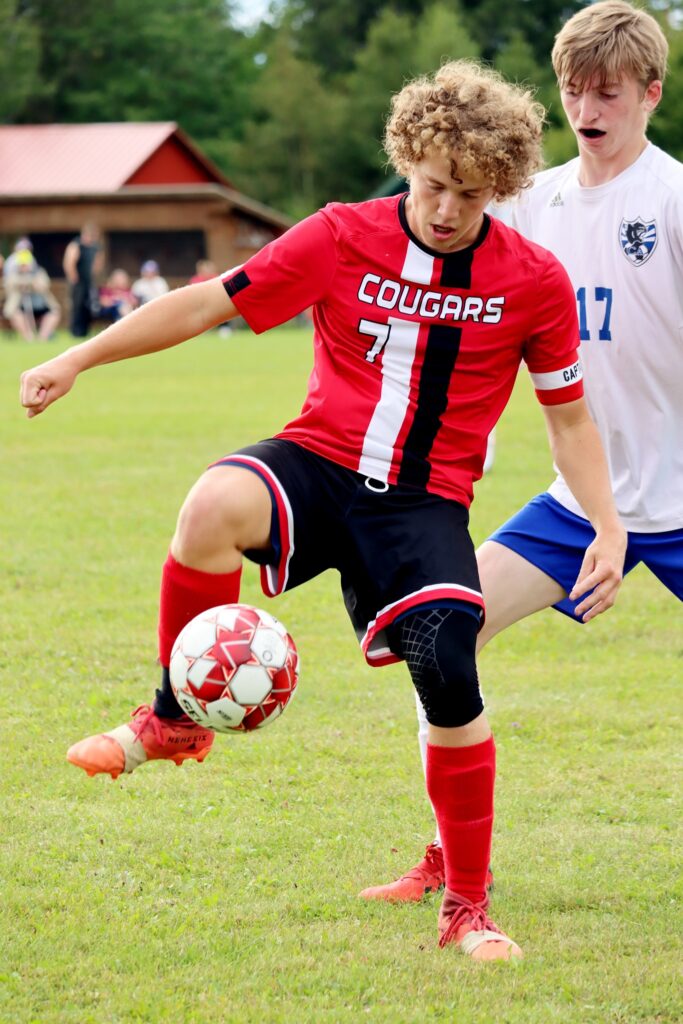 Members of the Houlton Band of Maliseets will head to the ballot box in order to determine who will be elected as their new tribal chief.
Pets END_OF_DOCUMENT_TOKEN_TO_BE_REPLACED

These past few months have been challenging with all of the animals we have taken in that have required extensive vet care. Three dogs needed to be neutered, spayed and vaccinated. One had substantial hair loss, severe dental issues and something called oronasal fistula (he has a hole in his mouth).

It turns out, there’s a pretty good reason cats are obsessed with laser pointers.