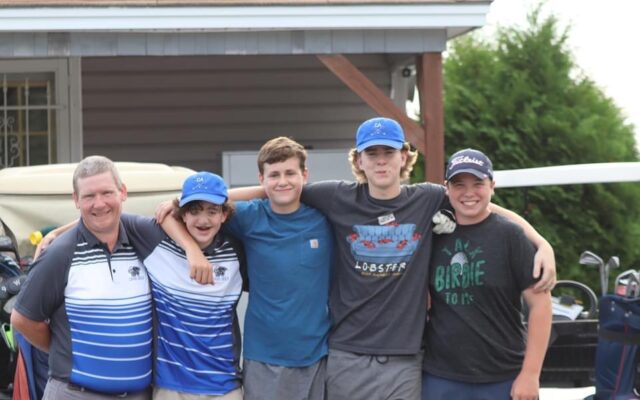 Contributed • September 8, 2021
The Central Aroostook Panthers are only a couple weeks away from hosting the Aroostook League golf championships.

By Kevin Sjoberg, Special to The Star-Herald

MARS HILL, Maine — The Central Aroostook Panthers are only a couple weeks away from hosting the Aroostook League golf championships.

By then they hope to be at full strength and 14th-year coach Adam Metzler said if that is the case, the Panthers should be a strong contender for a title.

Metzler said COVID issues at the school have greatly limited participation in practices and matches the past couple of weeks. In a match against Hodgdon Sept. 1, only two of the team’s eight players were eligible to compete.

He expects to have all the golfers in the fold by sometime this week.

“Overall my expectations are high,” Metzler said. “We have a strong team that will be competitive against anybody we play, and we will make a solid run at a championship.”

The Panthers’ roster boasts a good mix of players from different grade levels that should keep the team competitive this year and beyond.

Three of the team’s top performers from last season’s runner-up finish in the County are back, including senior Will Durost and sophomores Abram McCrum and Wyatt Allen.

Durost averaged in the low 40s last season. Metzler said Durost is a steady player who is extremely confident in his swing and mindset.

McCrum and Allen are both maturing as golfers. Both possess excellent attitudes and the foundations of great swings, according to the coach.

“The entire team’s attitude makes coaching them very easy,” Metzler said. “They are not hard on themselves when a bad shot happens and always have a great sense of humor, no matter how good or how bad the round is going.

“The guys on the team have no problem spending a lot of time on the driving range and putting green looking for ways to improve,” he added.

The Panthers have a few more regular season matches remaining leading up to the league championships at Mars Hill Country Club Sept. 23.

Hodgdon, Fort Fairfield, Ashland, Southern Aroostook and Fort Kent are the other schools expected to compete in the Aroostook League tournament. Madawaska is the defending County champ, but is not fielding a squad this fall.

The top two teams at this year’s event, provided they finish with a cumulative total of less than 400 strokes, will earn berths in the Class C state championships set for Oct. 9 at Natanis Golf Club in Vassalboro.

Members of the Houlton Band of Maliseets will head to the ballot box in order to determine who will be elected as their new tribal chief.
Pets END_OF_DOCUMENT_TOKEN_TO_BE_REPLACED