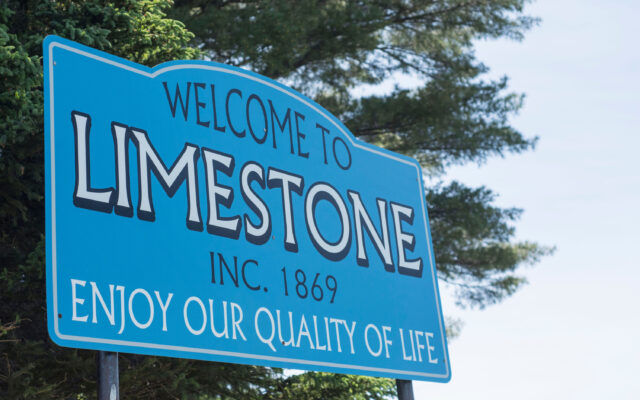 Henderson is the fourth person to take up the mantle in two years, as the town undergoes a wave of leadership transitions in its municipal government. The trend is countywide — with Frenchville and Caribou also transitioning town and city managers this year.

Limestone’s previous town manager, George Finch, left the job this autumn for personal and medical reasons, though he said when he came into the role, he told the board of selectmen it would be on a temporary basis. Finch had been retired from municipal work before returning to the workforce to manage in Limestone.

During Finch’s tenure, there have been a number of other leadership changes in Limestone, including the city clerk, the financial manager and several members of the Limestone police department. Two members of the board of selectmen have resigned so far this year, and turned over to new people.

The revolving door of town managers in Limestone dates much further back than Finch, who was scouted by the Maine Municipal Association in May 2020. Limestone went a year without a permanent town manager in 2018 before hiring Elizabeth Dickerson in December of that year. Dickerson held the role for just seven months, before moving her family downstate in August 2019. Then-town clerk Vicki Page took up the interim manager position from August until Finch’s hiring in May.

Henderson is hoping to be the answer Limestone is seeking.

“Looking forward to adding onto the progress the previous town managers made in getting the town back on track,” she said.

Henderson worked for nearly two decades at the Aroostook Area Agency on Aging, starting in 2005, and she said she was looking forward to learning a new profession. She hasn’t yet decided what her major projects or goals will be in town, and said she’s still catching up on the basics. This is Henderson’s first job in municipal government.

She hopes residents will know her door is open to them, and promised to be genuine with people.

“I am approachable,” Henderson said. “I’m a real person — I have my own real issues and hopes and dreams and highs and lows like everybody else.”

Limestone’s biggest challenges in the coming years are common among Maine’s small towns, Finch said: balancing the budget without excessive tax hikes, and figuring out how to draw new people and businesses to the area.

The region is also still recovering from the loss of Loring Air Force Base in the 1990s, which had brought hundreds of military personnel and their families to The County throughout much of the 20th century. The largely vacant complex is a huge opportunity for the town, Finch said, if it can draw businesses and residents to that area.

“I think Limestone is positioned as well as it can be to go forward,” he said. “I think they can build themselves up strong and I think Tara is the person to do it.”

Members of the Houlton Band of Maliseets will head to the ballot box in order to determine who will be elected as their new tribal chief.
Pets END_OF_DOCUMENT_TOKEN_TO_BE_REPLACED