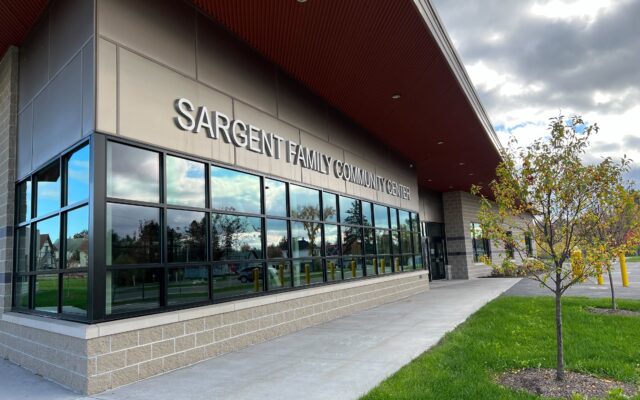 David DiMinno • October 18, 2021
The Presque Isle City Council convened budget workshops on Oct. 12, 13 and 14, at the Sargent Community Center to discuss the numbers for each department.

PRESQUE ISLE, Maine — The Presque Isle City Council convened budget workshops on Oct. 12, 13 and 14, at the Sargent Community Center to discuss the numbers for each department.

While nothing in the budget has been finalized, the current abridged budget shows which way departments are leaning in allocating resources, and what they think will be best to run the smoothest operation possible going into 2022.

Department heads worked very closely with City Manager Martin Puckett, as well as Director of Finance Brad Turner, in order to produce what they considered to be an effective budget.

The first night of the budget workshop consisted of reports from the departments of assessing, economic and community development, finance, fire department, general government and the library. The largest potential changes came from Galen Weibley, director of economy and community development, who was hoping to get an increased budget for mileage reimbursement, in order to potentially gather new business for the town.

Turner also proposed an increased budget for benefits, though overall expenses remain about the same. Library head Sonja Eyler wants to expand fingerprint services in the library, by training a current employee, to be able to expand hours for fingerprinting .

The second night of budget workshops consisted of reports from the Police Department, Public Works, Recreation and Parks, Solid Waste, Industrial Council and Public Safety Building. Police Chief Laurie Kelly proposed increases to accommodate equipment and training needs. Sending new officers through the police academy is an expensive undertaking for the department, and they are budgeting for three new officer additions in the next year, she said.

Recreation and parks, headed by Gene Cronin, proposed a reduction to wages due to the end of Presque Isle’s city-run aquatics program, which overall will decrease department wages.

Industrial council director Tom Powers is predicting a revenue increase of more than 14 percent, due to several projects being worked on throughout the city. These include the airport solar projects, as well as renovations at the Coca-Cola building.

The third budget workshop meeting had reports from Utilities, debt services, Echo Lake, IT department, City Clerk, General assistance and the airport. Dana Fowler from utilities asked for a slight increase for traffic light maintenance and repair, and has no rate increase for 2022 with hydrant rentals. The increased budget now should lead to a cost reduction in 2023, he said.

City Clerk Kim Finnemore wants to continue to bring in outside help for Election Day procedures, and has budgeted for such measures. Airport Director Scott Wardwell presented a large increase in revenue with hangar rentals, along with the completion of T hangars.

“We were in a better place in September of this year, than in September of 2019,” Wardwell said. Contracts with Newark and Dulles will remain in effect, but new bids will be up for May 2022.

The budget workshop is meant to act as a method of discussion between the city council and department heads. While many items were discussed, the current budget is not finalized and is subject to change. The complete abridged budget can be found on the Presque Isle city council website.

For the first time since 2019, there is competition for open seats on the Houlton Town Council
Pets END_OF_DOCUMENT_TOKEN_TO_BE_REPLACED