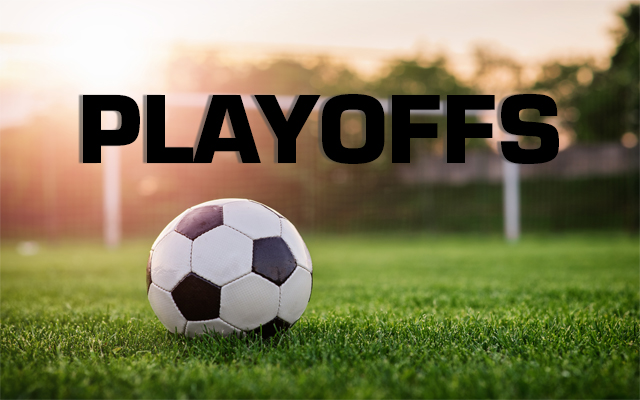 Joseph Cyr • October 29, 2021
The soccer season has come to an end for the Caribou girls soccer team after the No. 13 Vikings fell 2-1 to No. 12 Oceanside in a Class B North quarterfinal.

THOMASTON, Maine — The soccer season has come to an end for the Caribou girls soccer team after the No. 13 Vikings fell 2-1 to No. 12 Oceanside in a Class B North quarterfinal.

After a lengthy bus ride to the Midcoast, Caribou coach Andrew Kirby said the Vikings played well in the quarterfinal contest.

“Caribou controlled the play and had most of the possession throughout the game,” he said.

Oceanside (4-12) got on the scoreboard first, converting a penalty kick with 25 minutes left in the first half.

“They then packed it in, bringing all their players back on defense trying to prevent Caribou from scoring,” Kirby said.

The Vikings (3-12-1 overall) continued to pressure the Oceanside defense and were finally able to score with about a minute left in the first half on a goal from Madelynn Deprey.

Caribou opened the second half on the attack again, continuing to put pressure on the Oceanside defense, the coach said. But it was Oceanside who was able to find the back of the net, scoring with 33 minutes remaining.

The rest of the game Caribou continued to possess the ball and pressure the Oceanside defense, but was not able to find an equalizer.

Caribou goalie Amelia Godin made one save on four shots, while Oceanside’s keeper made seven saves on 13 shots.

“Our record was not truly representative of the skills and abilities of the team,” coach Kirby said. “The team improved each and every game of the season, playing their best soccer when it mattered most at the end of the season moving into playoffs.”

He added the highlights of the year was a home win over rival Presque Isle on senior night as well as the prelim victory over No. 4 Winslow.

“For the seniors on the team it was the first time they had advanced to the quarterfinals of playoffs,” he said. “Our players’ knowledge of the game and their skills developed immensely over the course of this season.  In reality we had a very young team playing on the field each game of the season.”

“I am looking forward to what the future has to hold with this team because we will be returning nine of our starters next season,” he said.

For the first time since 2019, there is competition for open seats on the Houlton Town Council
Pets END_OF_DOCUMENT_TOKEN_TO_BE_REPLACED