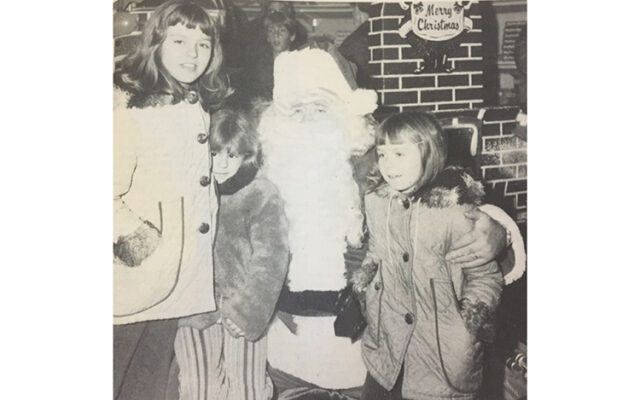 Beth Lacombe, Special to The County • December 1, 2021
115 Years Ago - Nov.  27, 1906 Closing for the holiday -- The jewelry stores of B.O. Noyes and H.O. Spenser will be closed tomorrow so employees can enjoy Thanksgiving with their families.

Closing for the holiday — The jewelry stores of B.O. Noyes and H.O. Spenser will be closed tomorrow so employees can enjoy Thanksgiving with their families.

Post Office adds customer boxes — The Caribou Post Office just announced that they have placed more lock boxes inside the Post Office for customers to use.

175 spud cars per day — Some potato shipping experts have figured out, taking the statistics of the crop raised in Maine, that an average movement of 175 cars a day out of the state will be necessary in order to move the crop by  June 1.

Holiday skating — A very large number of young boys took advantage of the good skating conditions on Caribou’s Mill Pond on Thanksgiving. Fun was had by all.

Rotary meeting — George Joyce, manager of a frozen french fry plant in Washburn, was the guest speaker at the recent Rotary Club luncheon. He was introduced by Donald Umphrey. Mr. Joyce outlined the history of his organization and gave a thorough explanation of all that was involved in the production process of the plant.

Tibbetts returns to auto dealership — F.S. Tibbetts Inc. of Caribou have recently reopened their garage and auto dealership in town after it had been dormant for several years. Considerable improvements have been made in their garage, dealership and lots previous to their grand opening.

Dairy club meets — The Triple T Dairy Club met at the home of leaders, Mr. and Mrs. Arthur Thomas, with 16 members from Stockholm, Woodland and New Sweden. The resignation of Robert Griffith was accepted and Michael Corville, publicity chairman, was elected to take his place.

Collins looks at future in the US Senate — Senator-elect Susan Collins was in Caribou Monday for the first time since her election. She was greeted by more than 100 community members at the VFW Hall.

Old Iron muffins published — Caribou Chamber of Commerce member Kate McCartney, owner of the Old Iron Inn Bed and Breakfast, has had a recipe accepted for publication in “Innkeepers’ Best Muffins,” to be published by Down to Earth Publications. Her recipe for chocolate cheesecake muffins will appear in the spring. Only 60 recipes from inns around the county were accepted.

For the first time since 2019, there is competition for open seats on the Houlton Town Council
Pets END_OF_DOCUMENT_TOKEN_TO_BE_REPLACED

We hope everyone enjoyed a wonderful holiday season and is looking forward to the new year.  December was a busy month at the Central Aroostook Humane Society with so many people and businesses bringing in much-needed supplies and monetary donations, which help us to take care of the special temporary pets in our care.
What's Happening This Week END_OF_DOCUMENT_TOKEN_TO_BE_REPLACED