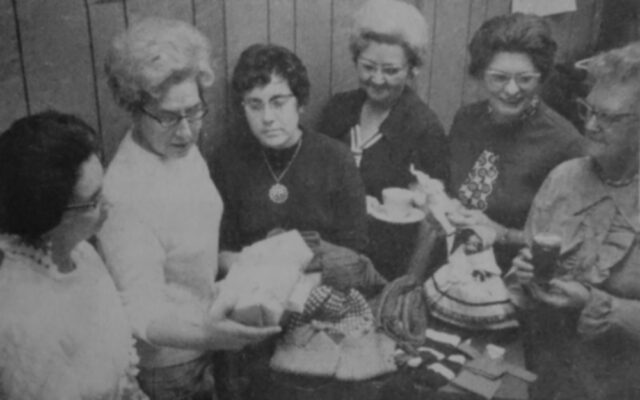 Yvonne Tardie • December 1, 2021
75 Years Ago -   Nov. 28, 1946 The War Assets office opened in Maine -- The War Assets Administration opened an office for the distribution of war surplus in the state of Maine.

The War Assets office opened in Maine — The War Assets Administration opened an office for the distribution of war surplus in the state of Maine. This office serves the interest of the people of this state, veterans, municipalities, industrialists, non-profit organizations and commercial operators, in securing a proper share of surplus items and materials to which they are entitled by established regulations and law.

Thibodeau honored — The directors of the Maine Mutual Group of Insurance Companies of Presque Isle, at their November meeting, honored Omer A. Thibodeau of Fort Kent for his 25 years of service as a director. Thibodeau had also served 10 years as president of the United Mutual Insurance Company, a post he continued to occupy for a while. An engraved plaque and United States Bond were presented to Thibodeau by John A. McLauchlan of Houlton, board chairman, and George W. Scott, manager. In addition to being well known in insurance circles as officer of Thibodeau’s Insurance Agency, Inc., he had served in the past as president of the Aroostook County Insurance Agents Association and director of the Independent Insurance Agents Association of Maine. He had been active in many civic capacities in the Fort Kent area.

Harpine recognized for disease containment — On Oct. 29, public health nurse Pamela Harpine, R.N., was recognized for her contribution in the reporting, monitoring, prevention and control of communicable diseases in Maine. Harpine received the Dr. John Snow Award at the annual Epidemiology Conference held in Augusta. The award is given by the department of Human Services’ Division of Disease Control to individuals who have made significant contributions to the containment of communicable diseases. Dr. John Snow was a pioneer in epidemiology with his outstanding contributions during the Broad Street cholera epidemic in London, England. Harpine was a public health nurse employed by the department of Human Services, Division of Community and Family and Health. She had worked in the central Aroostook area as a public health nurse for 19 years.

For the first time since 2019, there is competition for open seats on the Houlton Town Council
Pets END_OF_DOCUMENT_TOKEN_TO_BE_REPLACED

We hope everyone enjoyed a wonderful holiday season and is looking forward to the new year.  December was a busy month at the Central Aroostook Humane Society with so many people and businesses bringing in much-needed supplies and monetary donations, which help us to take care of the special temporary pets in our care.
What's Happening This Week END_OF_DOCUMENT_TOKEN_TO_BE_REPLACED