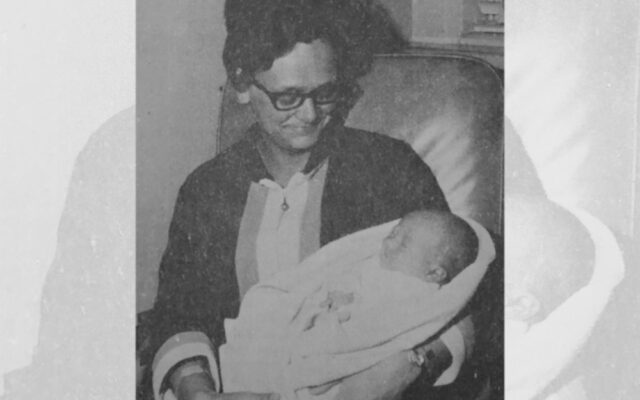 Yvonne Tardie • January 5, 2022
75 Years Ago -   Jan. 2, 1947 Named to the State PMA Committee -- Appointment of Harry E. Umphrey of Presque Isle to the Main State Committee of the Production and Marketing Administration by Secretary of Agriculture Clinton P. Anderson had been announced by Fred J. Nutter, state director of PMA.

Named to the State PMA Committee — Appointment of Harry E. Umphrey of Presque Isle to the Main State Committee of the Production and Marketing Administration by Secretary of Agriculture Clinton P. Anderson had been announced by Fred J. Nutter, state director of PMA.

Mr. Umphrey, president of Aroostook Potato Growers, Inc., since 1940 and one of the county’s large potato growers, replaced Thomas E. York, of Mars Hill, who resigned some time ago.

Mr. Nutter was chairman of the State PMA Committee and other members were Harold J. Shaw, of Sanford; R.H. Boothbay, of Livermore Falls; Milton E. Smith, of Presque Isle; and Arthur L. Deering of Orono, dean of agriculture, University of Maine. The State PMA Committee supervises the programs of the U.S. Department of Agriculture in the production and marketing of farm products in Maine.

Three were recognized — George Findlen of Fort Fairfield, Mrs. Edith B. Grace of Harrington and Mrs. Fannie H. Fitch of Winslow were recognized for their great interest in and work for the 4-H clubs of Maine when they were made honorary 4-H club members at ceremonies at the annual state club contest at the University of Maine. President Kenneth Cooper of the Maine Association of 4-H Club Leaders presented Mr. Findlen, Mrs. Grace and Mrs. Fitch with their honorary memberships before about 200 outstanding 4-H club members and local leaders gathered at the Little Theater on the University campus.

20 years’ service observed — Earnest S. Thompson was presented a Certificate of Service and service emblem in recognition of 20 years of faithful service with the federal government. The presentation was made Dec. 7, by Lt. Col. James S. MacKenzie, base civil engineer, Loring Air Force Base. Thompson was employed at Loring as a refrigeration repairman. Born and raised in Barbourville, Kentucky, he entered the Air Force in October 1951 and transferred to East Loring in March 1953 where he served until his discharge in October 1955. He started working for the Civil Service in November 1955 at East Loring as a refrigeration repairman. In January 1966, Thompson transferred to Loring AFB and had been employed since that date.

Rasmussen named area supervisor — Dr. Leroy O. Rasmussen had been named the United States Department of Agriculture’s acting area supervisor for meat and poultry inspection in Maine, New Hampshire and Vermont. His appointment was part of a USDA reorganization of its meat and poultry inspection program, whereby eight regional officers were consolidated into five and 36 area offices were established. It was expected that one area office would be located in Augusta, while the regional office in Concord, New Hampshire. The purpose of the reorganization was to enable USDA to have an even closer relationship with state officials who administer inspection programs and poultry and offer meat and poultry industry men in special progress. Rasmussen was a graduate of Iowa State University with a doctorate degree in veterinary medicine and had been with USDA for eight years.

Fitzpatrick named Farmer of the Year — The man named as the state’s top potato farmer in 1996 credited both family support and a love for the land and watching things grow as the source of the honor. The selection of Donald Fitzpatrick as the Maine Potato Board’s Farmer of the Year aws announced at the board’s last meeting held in Littleton, Dec. 18. Also named at that meeting was MPB’s Young Farmer of the Year Keith Doyen of Mapleton. Fitzpatrick said farming had been a family tradition for several generations. And, while the occupation is filled with a host of challenges and potential pitfalls, the Houlton farmer wouldn’t be happy in any other career.

Wildcat hoop teams top Brewer — The Presque Isle girls shrugged off a slow start by outsourcing Brewer, 35-18, over the final two quarters in a 61-18 triumph at Presque Isle High School. The Lady Wildcats picked up their defensive intensity following the intermission and coasted after leading by just five points (26-21) at half-time. Kim Condon led 4-0 Presque Isle with 17 points, while Shannon Reynolds tallied 15, including 11 from the free throw line. Eight other players reached the scoring column for coach Dick Barstow’s team. The Presque Isle boys got back into the win column after back-to-back losses against Houlton and Bangor. Like the girls team, the Wildcats used a strong second half to down the Brewer Witches, 50-44.

For the first time since 2019, there is competition for open seats on the Houlton Town Council
Pets END_OF_DOCUMENT_TOKEN_TO_BE_REPLACED

We hope everyone enjoyed a wonderful holiday season and is looking forward to the new year.  December was a busy month at the Central Aroostook Humane Society with so many people and businesses bringing in much-needed supplies and monetary donations, which help us to take care of the special temporary pets in our care.
What's Happening This Week END_OF_DOCUMENT_TOKEN_TO_BE_REPLACED