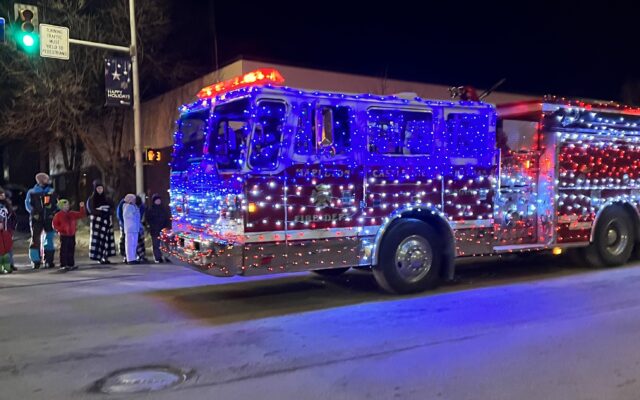 Contributed • January 19, 2022
The Central Aroostook Chamber of Commerce had a busy holiday season with a successful Winter Craft Fair, the 32nd annual Holiday Light Parade and Light Up Central Aroostook!, all celebrated by many community members and families.

PRESQUE ISLE, Maine — The Central Aroostook Chamber of Commerce had a busy holiday season with a successful Winter Craft Fair, the 32nd annual Holiday Light Parade and Light Up Central Aroostook!, all celebrated by many community members and families.

Many entities came together to bring success to the parade. Many downtown merchants in Presque Isle opened their doors to offer treats, hot cocoa and hot cider for families to enjoy as they waited for the parade. Over 50 businesses registered for the parade this year. Visit the Central Aroostook Chamber of Commerce’s Facebook page for announcements and photos.

The winners are as follows.

Light Up Central Aroostook! is a residential holiday light contest that is held over the 22 communities the chamber serves. Three judges visited each registered home with a rubric of criteria and the following were chosen to receive prizes up to $300. Twelve prizes were awarded in all.

A familiar face to Aroostook County residents has announced her candidacy for the Maine State Senate.
Pets END_OF_DOCUMENT_TOKEN_TO_BE_REPLACED

One addition to last week’s “Kindness abounds” story on the generosity of local area youth: Just last week, 11-year-old Michaela stopped by the shelter armed with bags of dog and cat food and special treats.
What's Happening This Week END_OF_DOCUMENT_TOKEN_TO_BE_REPLACED