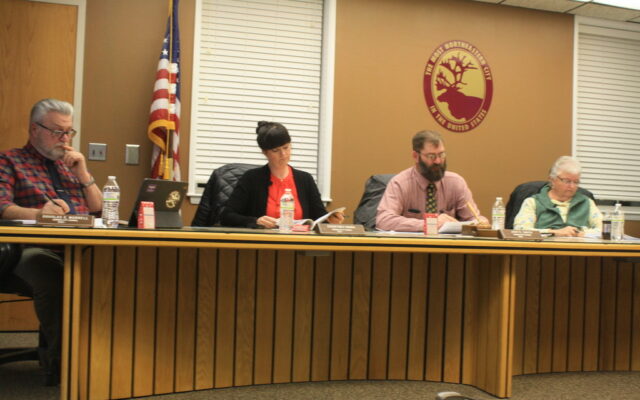 Melissa Lizotte • February 18, 2022
Caribou has submitted a request for American Rescue Plan Act funds that they hope will lead to much needed EMS safety equipment purchases and structural repairs to the fire station.

CARIBOU, Maine — The city of Caribou has submitted a request for American Rescue Plan Act funds that they hope will lead to much needed EMS safety equipment purchases and structural repairs to the fire station.

Councilors voted unanimously on Monday to allow City Manager Penny Thompson to submit a letter of intent to the Aroostook County Commissioners Office by the end of the day Tuesday, Feb. 15, the official submission deadline. On that day Thompson confirmed that she had submitted the request for $150,000 in ARPA funds, which could potentially receive a cash match of up to 50 percent from the county.

The funds would go toward repairing the fire station’s heating, ventilation and sprinkler systems and purchasing a new chest compression system and a video laryngoscope, which would come to a total cost of $300,106.

According to a letter submitted to the city by Caribou Fire & EMS employee Ryan Hall, the LUCAS 3 chest compression system is a CPR automation device designed to reduce provider fatigue and injury. While Maine EMS requires at least 20 minutes of CPR from trained providers before they can declare a cardiac arrest patient dead, providers often switch CPR administrators every two minutes to avoid fatigue.

In departments like Caribou’s, there are typically only two or three EMS providers during an emergency call. If a patient requires more CPR, providers become more at risk of fatigue, especially if there is no one to switch duties with them.

“Research has shown that the LUCAS device can significantly reduce provider chances for injury [and shows] improved patient outcomes from cardiac arrest,” Hall said in his letter. Hall did not attend the council meeting.

During a cardiac arrest, the device is strapped onto the patient’s upper chest and performs compressions like that of a human CPR provider. Hall said that using such devices also prevent EMS providers from spreading respiratory droplets to a patient and causing illness.

The McGrath video laryngoscope allows providers to view a patient’s airways prior to placing a breathing tube. Using the device increases the chances of providers successfully placing the breathing tube into a patient on the first try, Hall said.

The individual costs for the chest compression system and video laryngoscope at this time are $38,116 and $5,239, respectively.

Thompson told councilors that individual costs for the station upgrades are tentative because the city’s last capital improvement inspection took place in 2020. For the purpose of submitting the letter of intent, she included the current estimated costs of the heating and ventilation systems of $75,000 each and $78,750 for the sprinkler system.

“This [$300,106] includes the system upgrades and the equipment,” Thompson said.

Officials from the Presque Isle-based Mechanical Services are expected to visit the fire station this week and provide a fuller estimate of project costs, she said.

If the county commissioners approve Caribou’s letter of intent, the city will then need to hold a public hearing at a future council meeting to show that the community supports using the ARPA funds as intended.

“Investing in this equipment isn’t just helping Caribou. Since [the ARPA funds] is a county-wide grant, this investment would help other communities in The County,” Thompson said.

In other business, the council unanimously voted to schedule a public hearing for the revised Home Occupation Ordinance. The Caribou Planning Board recently approved the revisions as steps toward making the start-up of home-based businesses easier for local entrepreneurs.

That public hearing will take place during the city council’s next meeting at 6 p.m. on Monday, Feb. 28, in the Caribou Municipal Building.

Recently we took in a cat named Joe. He is a very sweet cat with a multitude of problems. He was rescued from the streets here in town, but Joe turned out to be a very sick kitty and was surrendered to The Ark because the resources were not there to help him.
What's Happening This Week END_OF_DOCUMENT_TOKEN_TO_BE_REPLACED