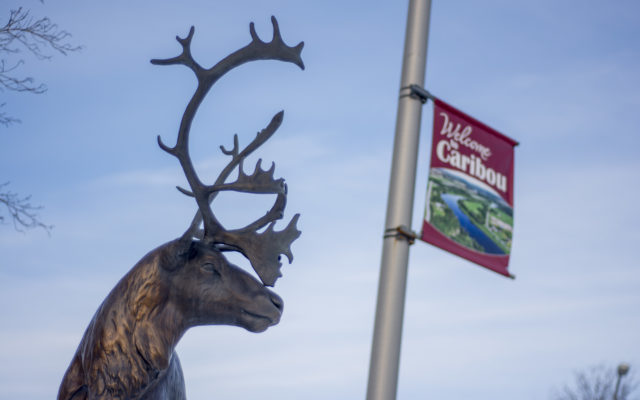 Joseph Cyr • March 1, 2022
CARIBOU, Maine — Caribou city councilors have expressed their support for a project that aims to bring high-speed broadband coverage to all homes and businesses within city limits.

CARIBOU, Maine — Caribou city councilors have expressed their support for a project that aims to bring high-speed broadband coverage to all homes and businesses within city limits.

Mayor Jody Smith read a proclamation during Monday’s council meeting declaring unanimous support for a charter amendment that would allow the Caribou Utilities District to establish a broadband infrastructure division. The CUD is seeking legislative approval for the amendment, since it is not a city department.

“This is not a commitment from the city to fund the project. We are essentially saying that it’s a good idea [for the CUD] to move forward with the project,” Smith said.

Though Caribou has heard “fiber-to-the premises” proposals from various broadband internet companies, councilors have yet to decide which provider they would partner with to build a dark fiber network. With a fiber-to-the-premises project, a dark fiber network would be constructed in hopes of guaranteeing high-speed broadband to all parts of Caribou, even more rural areas.

In a fiber-to-the-premises application, the fiber actually extends to the residence or business using the internet.

The CUD project has been in development for many years in collaboration with Caribou’s Business Investment Group and Pioneer Broadband, CUD general manager Hugh Kirkpatrick said.

In August, councilors approved the use of $159,000 in American Rescue Plan Act funds for Pioneer and the Business Investment Group to conduct a broadband engineering study. There are 5,150 potential residents who could be served under universal broadband, with 2,900 of them living in more remote regions of the city where there is insufficient coverage, according to data from the study,

While speaking at a council workshop on Feb. 22, Kirkpatrick said that the CUD hopes to construct a network with a single strand of fiber located at a central office on Sincock Street that would connect each customer to the internet service.

Pioneer’s network design calls for 25 percent extra strands of fiber to be available to support future growth of the network, he said.

“This is a state-of-the-art fiber optic network that will deliver whatever speeds are required in the future,” Kirkpatrick said. “The copper lines [the city has now] will need upgrades, but fiber won’t need an upgrade for at least 30 years.”

Though the CUD plans to continue with the project even if it does not formally partner with the city, Kirkpatrick encouraged the council to consider investing in it. In recent meetings, the CUD and council have discussed the possibility of the city investing between $1.2 million and $1.5 million for purchasing the initial fiber cables.

Councilors disagreed over whether to invest that type of money, with many expressing desire to look over previous proposals from Consolidated Communications and Spectrum before deciding.

“I think it’s a good investment,” Councilor Doug Morrell said during a workshop held last week. “If you’re dealing with a private company, all that money could be squandered, but [with a CUD partnership], the money stays in the city.”

Councilor Joan Theriault remained skeptical and said that perhaps the council should look more closely at other partnership options.

“Not one of us in this room believes that everyone shouldn’t have broadband. But I think there’s a way to do this that is less risky and less expensive for us,” Theriault said.

If Consolidated Communications or Spectrum were to build the city’s fiber network, the company would own it and be in charge of signing up and billing customers. The city would have little involvement financially, but would not receive revenue from broadband services.

Neither company has guaranteed exactly when or if they could bring fiber service to the more remote regions of the city.

That latter point is one that Kirkpatrick called out while speaking with councilors about a financial contribution.

“If the city chose Consolidated or Spectrum, that would not stop the [CUD/Pioneer project],” Kirkpatrick said. “We feel that we have the best option for providing fiber optic service to anyone in the city. We don’t believe the private companies have the intention to do that.”

For now councilors have not committed funds to the CUD’s project, but their resolution, which passed unanimously on Monday, states that the city wants to give residents a choice of internet providers, keep at least some telecom resources and revenue within local control and use broadband as an economic development tool for the city.

The next Caribou City Council meeting will be held at 6 p.m. Monday, March 14, in the council chambers, located in the Caribou Municipal Building at 25 High St.

Next year's Caribou City Council will include a new member and a longtime councilor thanks to Tuesday's election.
Pets END_OF_DOCUMENT_TOKEN_TO_BE_REPLACED

I know many of you have followed DeeDee’s story. DeeDee had leukemia and was under vet care for the past few weeks. Early one recent morning, she lost her battle with leukemia.
What's Happening This Week END_OF_DOCUMENT_TOKEN_TO_BE_REPLACED