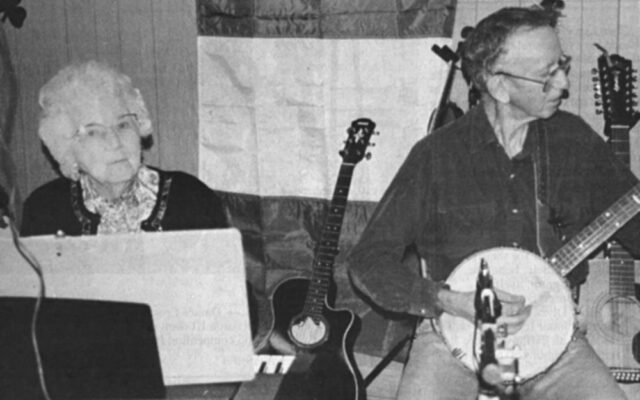 Lanette Virtanen • March 23, 2022
115 Years Ago - March 21, 1907 Return from business trip -- W.R. Pattee returned Thursday from his trip to New York, where he had been to purchase new goods for his three stores, dry goods, boot and shoe and notion store.

Return from business trip — W.R. Pattee returned Thursday from his trip to New York, where he had been to purchase new goods for his three stores, dry goods, boot and shoe and notion store.

In business once again — “Nate” Currier, who for several years conducted a 10-cent carriage business in Caribou, selling out to his sons last fall, is again on our streets with another 10-cent team, having purchased the team and outfit of John Allen.

Contribution made — W.P. Hamilton received a check Tuesday from Chas. H. Baird of Cottonwood, California, for $100 as his contribution to the Cary Memorial Hospital. Mr. Baird was formerly a resident of Caribou and has the interests of the town still at heart.

Returned from Boston — H.A. Currier returned last week from Boston where he had been selling stock for the store soon to be opened by Currier Bros.

Miss Gloria Barton attends convention as GAR candidate — Miss Gloria Barton, daughter of Mr. and Mrs. Roy A. Barton of Caribou, was chosen DAR candidate and attended the state convention in Bangor. Candidates are selected on the basis of dependability, service, leadership and patriotism. Miss Barton is president of the senior class at Caribou High School, a member of the student council, the National Honor Society, the Arcturus and Reflector staffs, the Chemistry Club, senior play cast and was a Junior Exhibition speaker.

New offices — Dr. Thomas, who recently gave up active practice to accept the duties of Dr. Porter, who has retired with the State Department of Health, now has offices in the Municipal Building.

Raffle winner — John Gilbert IV of Caribou was the happy winner of the 19-inch GE television that was the grand prize for the Caribou Business and Professional Women’s Club raffle. HIs name was drawn on Monte Carlo Night. Other raffle winners were Mel Berube of Presque Isle, who won the $50 savings bond from Jepson Financial Advisors, and Ellen Romano of Caribou, who received the $50 savings bond from The County Federal Credit Union. Åll proceeds from the raffle and Monte Carlo Night will be used for BPW’s three local scholarships to be announced later.

Field trip funds — Dave Keaton, a teacher at the Limestone Community School, accepted a check from Jack Parisi, Veterans of Foriegn Wars commander of Post 9389. The VFW donated $900 for the Close-up program the school participates in each year.

A familiar face to Aroostook County residents has announced her candidacy for the Maine State Senate.
Pets END_OF_DOCUMENT_TOKEN_TO_BE_REPLACED

One addition to last week’s “Kindness abounds” story on the generosity of local area youth: Just last week, 11-year-old Michaela stopped by the shelter armed with bags of dog and cat food and special treats.
What's Happening This Week END_OF_DOCUMENT_TOKEN_TO_BE_REPLACED