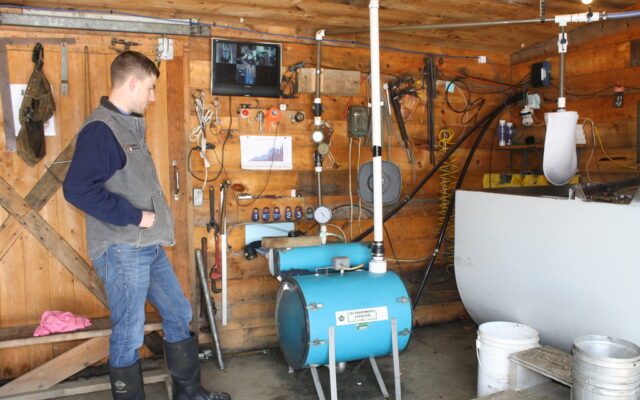 Paula Brewer • March 24, 2022
Maine is the nation’s third largest producer of a botanical product that not only gets its own weekend, but is credited with a number of health benefits.

PRESQUE ISLE, Maine — Maine is the nation’s third largest producer of a botanical product that not only gets its own weekend, but is credited with a number of health benefits.

Though maple is well known for its sweet, earthy flavor, experts say it may also provide a number of health benefits, from anti-inflammatory properties to essential minerals.

The Maine Maple Producers Association, which represents about 200 of the state’s approximately 500 licensed maple operations, touts the syrup’s mineral content and its use as a more healthful natural sweetener in its article “Nutrition and the 9 Health Benefits of Maple Syrup.”

Maple syrup and maple sugar contain antioxidant compounds, including flavanols, that are thought to boost the immune system, protect the body from cancer-causing free radicals and diminish inflammation, according to the article.

“It’s the healthier sweetener, because it’s unprocessed,” association President Scott Dunn said Tuesday.  “All we do is caramelize the natural sugars and remove the water. No chemicals are added.”

Because maple sap contains natural sugars, the body is able to break down and process those sugars more easily than refined products, Dunn said. People can use maple sugar and maple syrup as sugar replacements in cooking and baking, as well, he said.

After two years of having Maine Maple Sunday weekend events disrupted by COVID-19, most of the state’s producers are going forward with plans for pre-pandemic visitor activities this year, Dunn said.

“It varies from sugarhouse to sugarhouse, but for the most part it’s going to be back to normal Maine Maple Sunday events — pancake breakfasts, entertainment, sugarbush tours,” he said. “It really appears to be full steam ahead this year.” 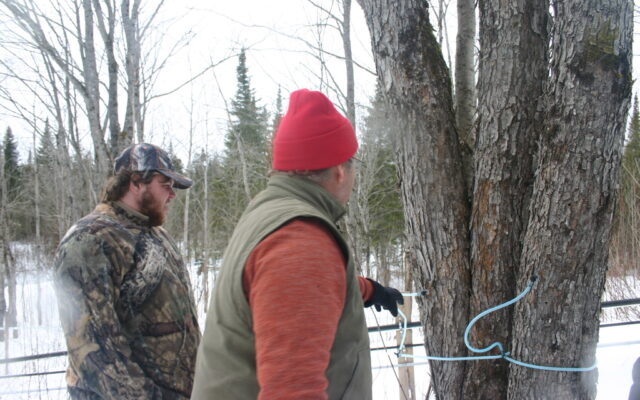 C.J. King, owner of The Maple Moose Sugarhouse in Easton, points to the tap lines on one of his sugar maple trees in this 2018 file photo. Maine Maple Sunday Weekend will be celebrated by many maple producers on Saturday, March 26, and Sunday, March 27. (Melissa Lizotte | The Star-Herald)

In Aroostook County, C.J. King of The Maple Moose in Easton is relieved at that prospect of normalcy.

For the last two years, the King family hasn’t been able to host visitors in their sugarhouse to see the boiling process or lead group tours of their taps. This year, unless the USDA issues last-minute restrictions, they are planning to return to their usual open house environment over the weekend.

“I myself have noticed a decrease in arthritis [symptoms]. I use it exclusively in my coffee,” he said. “It doesn’t happen overnight, of course, but I do believe it helps.”

Maple products contain healthful minerals, such as manganese, magnesium, zinc, calcium and potassium, which have been determined by the USDA to reduce inflammation, King said.

The fact that maple is a naturally occurring sugar may even pose a benefit for diabetics, since maple syrup doesn’t carry quite the glycemic load that refined sugar does, King said. Of course, it is still a sugar, but it is something nature provides, and sugarhouses add nothing to it.

Health benefits aside, King said he, his wife Jodi and their family make maple syrup because they love the flavor and enjoy sharing it with people.

Northwoods Nectar of Eagle Lake noted on their Facebook page they are preparing their shop for the weekend, and will be open both days.

Spring Break Maple & Honey of Smyrna Mills will be open from 10 a.m. to 3 p.m. both days, and will offer activities including a guided sugarbush and woodlot tour, as well as samples and a children’s scavenger hunt.

A familiar face to Aroostook County residents has announced her candidacy for the Maine State Senate.
Pets END_OF_DOCUMENT_TOKEN_TO_BE_REPLACED

One addition to last week’s “Kindness abounds” story on the generosity of local area youth: Just last week, 11-year-old Michaela stopped by the shelter armed with bags of dog and cat food and special treats.
What's Happening This Week END_OF_DOCUMENT_TOKEN_TO_BE_REPLACED