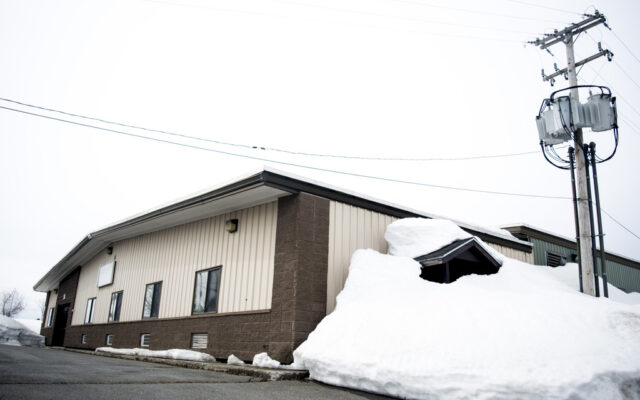 CARIBOU, Maine — Caribou city councilors took the first steps toward approving tax incentives for area businesses and potentially signing up for solar-based electric savings during their meeting on Monday, March 28.

The latter district includes the intersection of and areas surrounding U.S. Route 1 and Main Street.

Pelletier Enterprises is constructing a new bowling alley at 60 Access Highway, located within the newly expanded Downtown TIF District. The business, set to open later in 2022, will include a restaurant and arcade and is expected to create 35 full-time jobs, according to Thompson.

The cost to renovate and construct the bowling alley is estimated at $4.7 million.

Councilors approved a 14-year period of tax incentives to be calculated at 80 percent of the building’s current assessed tax value. The 14 years takes into account the expected expiration of the current Downtown TIF District in 2035.

As part of the city’s TIF program, credit enhancement agreements allow business owners to receive a portion of their property’s increased tax value after development is completed. The city also receives a portion of the assessed value that is determined by councilors on an individual basis.

In 2020, North State Transportation purchased and tore down buildings that the city’s code enforcement office had deemed as blight. The trucking company is constructing a new building to expand services they provide to the nearby Irving Farms.

The project total is estimated at $700,000 and will help North State Transportation maintain 27 full-time jobs and create eight new full-time positions. Their credit enhancement agreement with the city covers 15 years, the maximum time allowed for TIF-related contracts, and includes tax incentives at 80 percent of the assessed value.

Irving Farms purchased the former assets of Lake Road Farms at 997 Presque Isle Road in 2017 and have since built new buildings to store equipment for sorting, packaging, loading and shipping potatoes to stores and restaurants.

The construction cost was $2.8 million and has allowed the Irving Farms to create 10 full-time and 15 part-time jobs in addition to their previously hired 40 full- and part-time employees. Irving will also receive 15 years of tax incentives based on 80 percent of their buildings’ assessed value.

Councilors will receive proposed contracts for all three TIF districts for potential approval during their next meeting on April 11.

In other business, the council heard a presentation from Shawn Pelletier of Caribou Solar Power, LLC, and Nordic Sun Energy, LLC, on potential electric savings the city could see if they subscribed to a local solar farm.

Pelletier is one of seven local business leaders who invested in the nearly 20-acre solar farm at 192 Washburn St. That solar farm went online in Nov. 2021 and includes 15,845 panels that produce 8,600,000 kilowatt hours of power.

Given the success of the Caribou solar farm, the investors now have 12 solar projects in the works, including two in Presque Isle and one in Mapleton that will be constructed this summer.

“There might be room to get [the city] on those projects this summer. You would start realizing savings around November,” Pelletier said.

Pelletier explained that the exact savings on electric bills will depend on the amount of energy the solar farm produces in a given month.

“We get whatever your [electric] usage is and we subscribe you at 90 percent of that,” Pelletier said. “Hypothetically, if I build a 4-megawatt solar farm and you’re a 1-megawatt offtaker, you’re a 25-percent subscriber. When we say you’ll get 15 or 20-percent savings, that means whatever [energy] the solar farm produces that month, 25 percent goes to you.”

Pelletier told councilors that larger developers are also looking to construct solar farms and urged them to act soon if they’re interested in subscribing to any project.

The council did not indicate whether they had interest in subscribing to any of the local solar projects. Their next meeting will be held at 6 p.m. Monday, April 11, in the council chambers of the Caribou Municipal Building, located at 25 High St.

Most of us have had just about enough of hearing about COVID-19 and the different variants that are popping up, but unfortunately, this pesky virus is still around.  It’s important to know a few warning signs and tips if you think you or your furry family members are affected with this illness.
What's Happening This Week END_OF_DOCUMENT_TOKEN_TO_BE_REPLACED