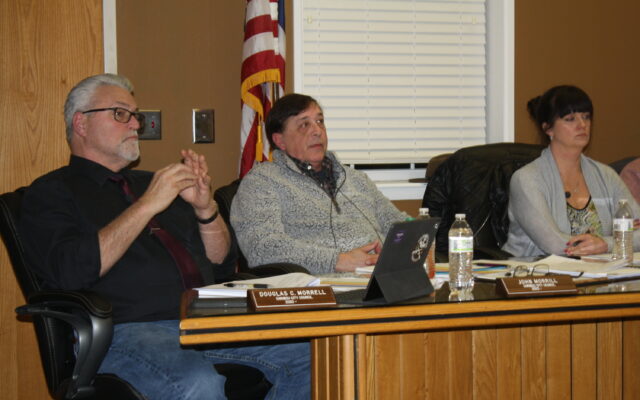 The original Downtown TIF District was created in 2006, with a 30-year limit on incentives. With the council’s vote, a proposal for a new district will be sent to the Maine Department of Economic and Community Development for final approval by March 1.

By changing the district, the city will expand the number of eligible businesses to include The Par & Grill Restaurant and Guerrette Farms on Carroll Street and businesses that are part of the Caribou Light Industrial Park.

TIF agreements allow business owners to receive a portion of the increased assessed tax value after development is completed. The city also receives a portion of the assessed value that is determined by councilors.

A public hearing for the TIF amendments was held during the council’s Jan. 24 meeting, but no members of the public spoke for or against the changes. Before voting, Councilor John Morrill praised the expansion as a positive economic development move.

“This [TIF District] is a valuable tool for the council and I hope it brings more economic development to the community,” Morrill said.

In other business, the council heard a presentation from Tim McAfee, CEO of Pioneer Broadband in Houlton, on how to bring a dark fiber network to the city that could provide high-speed internet, phone and cable TV services to all businesses and homes.

In August 2021, Caribou councilors approved using $159,000 in American Rescue Plan monies to fund an engineering study. The study, conducted by Pioneer Broadband in partnership with the Business Investment Group, looked at city maps to determine how many homes are underserved by internet providers.

Based on those maps and 2010 census data, Pioneer Broadband determined that 5,150 businesses and homes would be eligible for a dark fiber network. The study showed that at least 2,250 households in more remote areas of the city receive less quality internet service compared to those in the business district and nearby neighborhoods.

“Those people have been left out for decades,” McAfee said.

He explained that a dark fiber optic network would connect all residents to a central network that the Caribou Utilities District would own. The city would choose a network operator and allow various internet service providers to sign up customers.

All retail providers would be the primary contact people for customers and would resolve all service issues with the network operator, McAfee said.

McAfee’s presentation was one of many that Caribou councilors heard from local internet providers. Spectrum and Consolidated Communications presented at past meetings.

The council has not chosen a company to build the dark fiber infrastructure. After a question-and-answer session with McAfee, councilors decided to discuss the matter further at their next council meeting at 6 p.m. on Monday, Feb. 14, in the council chambers at 25 High St.

A familiar face to Aroostook County residents has announced her candidacy for the Maine State Senate.
Pets END_OF_DOCUMENT_TOKEN_TO_BE_REPLACED

One addition to last week’s “Kindness abounds” story on the generosity of local area youth: Just last week, 11-year-old Michaela stopped by the shelter armed with bags of dog and cat food and special treats.
What's Happening This Week END_OF_DOCUMENT_TOKEN_TO_BE_REPLACED