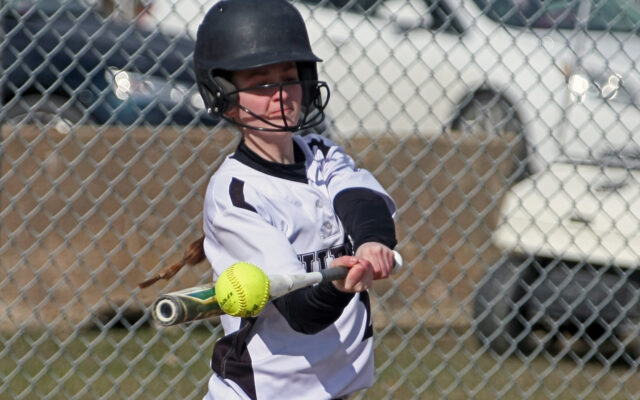 Joseph Cyr • April 22, 2022
With a bundle of returning players, the Houlton softball squad could be in line for another strong season on the diamond.

HOULTON, Maine — With a bundle of returning players, the Houlton softball squad could be in line for another strong season on the diamond.

Travis Gentle, who has coached varsity softball at the high school since 2013, said the Shires should be competitive this spring.

“I am hoping to be (at least) in the middle of the pack by the end of the season,” Gentle said. “It depends on how the teams do that we beat.”

Last year, the Shires finished 10-2 during the regular season and were the No. 3 seed in Class C North. Houlton had a first-round bye and rolled to an impressive 19-7 victory over No. 6 Calais in the quarterfinals.

The Shires were knocked out of the playoffs with a 9-1 loss to No. 2 Central of East Corinth in the semifinals. Houlton lost two players to graduation last season – Hannah Foster and Victoria Forbush. 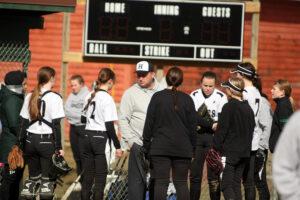 Houlton coach Travis Gentle speaks to his squad in between innings of an April 20 scrimmage. (Joseph Cyr | Houlton Pioneer Times) 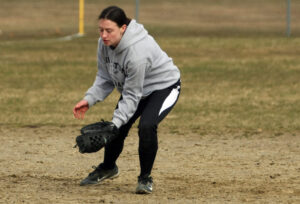 Houlton has seven starters returning from that squad, which should provide some much-needed stability throughout the lineup.

“Team speed will be our strength,” the coach said. “(Speed) helps us immensely, not only on the basepaths, but also playing defense.”

Coach Gentle said he plans to focus practice time primarily on hitting this spring, so that the Shires can best utilize their speed.

“We hope to put the ball in play more this year,” he said. “By doing so it gives us more opportunities to  manufacture runs.”

A familiar face to Aroostook County residents has announced her candidacy for the Maine State Senate.
Pets END_OF_DOCUMENT_TOKEN_TO_BE_REPLACED

One addition to last week’s “Kindness abounds” story on the generosity of local area youth: Just last week, 11-year-old Michaela stopped by the shelter armed with bags of dog and cat food and special treats.
What's Happening This Week END_OF_DOCUMENT_TOKEN_TO_BE_REPLACED