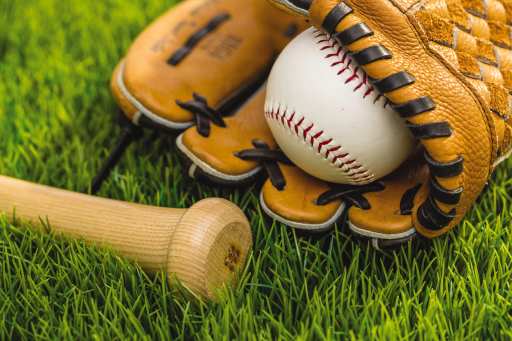 David DiMinno • April 25, 2022
It may have taken a cooperative agreement with neighboring Washburn, but baseball players from Easton will have an opportunity to play this spring.

WASHBURN, Maine — It may have taken a cooperative agreement with neighboring Washburn, but baseball players from Easton will have an opportunity to play this spring.

The Washburn and Easton school districts have teamed up in order to create a co-op varsity baseball team between the two schools, with 15 students from Washburn and two coming from Easton.

This joint venture will allow Easton students to play varsity baseball, something they have been unable to do for decades. It is believed that the last time Easton fielded a baseball team was some time in the 1970s.

In addition, the Bears have not fielded a softball squad since the 1990s.

The ball got rolling on the cooperative baseball plan during the winter, when Easton school officials approached Washburn about the possibility of starting a co-op team. In order to make that happen, the decision had to be approved by both school boards and both Washburn Athletic Director Ron Ericon and Eaton Athletic Director Bryan Shaw had to submit a joint form through the Maine Principals Association.

Ericson said that because the schools are in the same class, the process went pretty smoothly.

“We are both Class D schools,” Ericson said.” We are not talking about numbers changing the competitive capacity of the team. The board meeting to finalize the team for Easton happened recently, while ours happened a little while ago.”

The two players from Easton will be required to make the trek to Washburn for practices and games.

Ericon said that working with Shaw from Easton has been a very good and cooperative experience. Ericson also added that the co-op team has led to positive interactions between the two schools, and sets a good example for the state.

The hope is that the program will eventually allow Easton to have a baseball program of their own as more interest is gathered, but a timeline for this has not yet been established.

The first game for the Washburn and Easton co-op team will be on April 27 at 4 p.m. at Washburn High School against Van Buren.

A familiar face to Aroostook County residents has announced her candidacy for the Maine State Senate.
Pets END_OF_DOCUMENT_TOKEN_TO_BE_REPLACED

One addition to last week’s “Kindness abounds” story on the generosity of local area youth: Just last week, 11-year-old Michaela stopped by the shelter armed with bags of dog and cat food and special treats.
What's Happening This Week END_OF_DOCUMENT_TOKEN_TO_BE_REPLACED