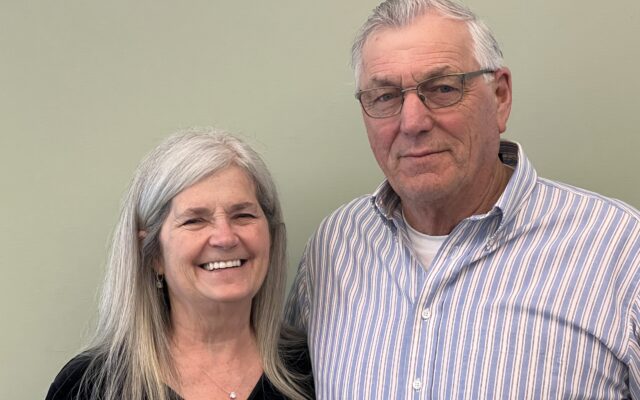 David DiMinno • April 26, 2022
Some music and a dance floor are all Arthur and Cecile Wood need to make people smile.

PRESQUE ISLE, Maine — Some music and a dance floor are all Arthur and Cecile Wood need to make people smile.

What started as an idea 20 years ago has turned into a passion for the Presque Isle couple, married 55 years, who share their enjoyment of ballroom dancing at many local events.

Back in 2000, the Woods took a chance and showed up at a local ballroom dance class at the Knights of Columbus Hall. They loved it so much they kept up the lessons for seven years, and now they want others to try it — because keeping up the “old-fashioned” pursuit is not only great exercise, but if people don’t support such activities they could be lost in today’s increasingly technological mindset.

“If people want to support [community events] then they have to go out,” Arthur said. “If we ever see that there is a supper and a dance then we always try to go out to support it. If people don’t go, then this kind of stuff is going to go by the wayside.”

Arthur and Cecile met in 1966 during their junior year of high school. Cecile’s friend fancied one of Arthur’s friends, and the two agreed to make it a double date to set their friends up. Cecile didn’t even like Arthur in the beginning, she said. Arthur was persistent, and asked her out a few more times, going out on dates to Winnie’s for milkshakes and onion rings. Eventually, their relationship blossomed.

The two were married in 1968 while Arthur was on leave from the U.S Army. Soon after, he was stationed in Vietnam for a year. The two frequently wrote back and forth, and made tape recordings for each other. When he returned from Vietnam, the two moved to Gray where they built a house and started their family.

The Woods agreed that they wanted their children to have a relationship with their grandparents, so they moved back to Presque Isle after living in southern Maine for eight years. The Wood’s have three children and seven grandchildren. After the military, Arthur was employed by Buck Construction for more than 40 years, and Cecile did payroll for the city for more than 25 years.

The Woods say that the key to keeping their relationship going after more than 50 years is clear communication, having a sense of humor and understanding that relationships have ups and downs and are never perfect. The two made sure to have plenty of conversations about what they wanted out of life, like what kind of house they wanted to live in and how many children they wanted to have. For the most part, all of their desires for life lined up.

“We don’t say that relationships are 50/50.” said Cecile. “It changes everyday. Some days I will do more, some days Arthur will, it’s never the same because there are always highs and lows. And ups and downs” 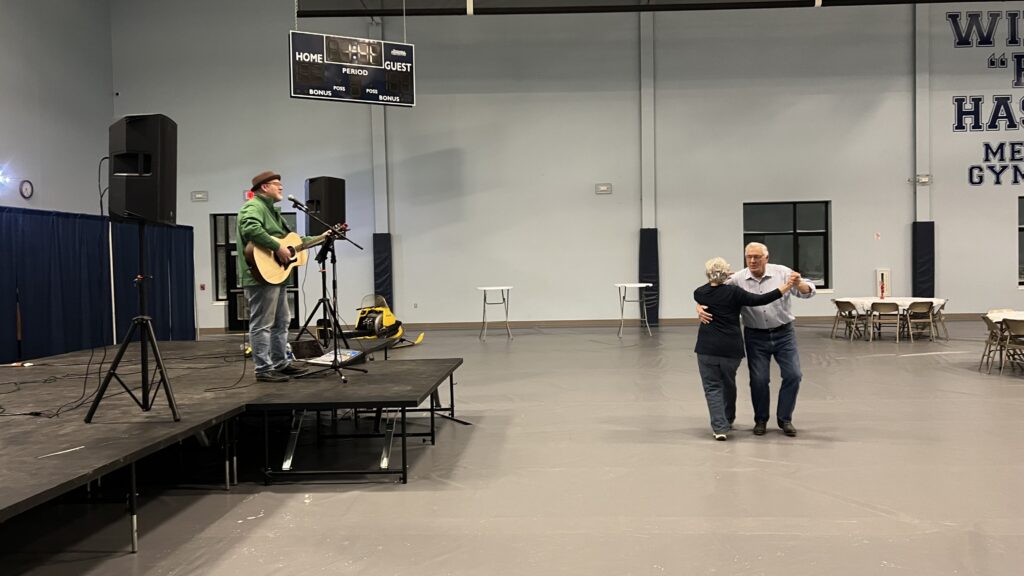 Another staple of the Woods’ relationship is that they have a weekly date night. The two have promised to always make it to date night unless there are dire circumstances as to why they can’t. Some days it’s just lunch, other times a night out on the town or a nice dinner.

It’s date night that first got the Wood’s into ballroom dancing. After the work day in 2000, Arthur’s co-worker told him that there would be ballroom dancing lessons held at the KC Hall. Arthur returned home and told Cecile about it, and the two decided to attend.

At first, Arthur was worried that he would have two left feet, but he was able to learn pretty quickly. They loved the lesson so much that they continued to attend for seven years. In 2007, their instructors left Aroostook county, and the dance lessons ended.

However, this didn’t stop the Woods from continuing to dance. They would practice at home, recite the movements and work, and practice together. They have learned how to Waltz, Swing, Mamba, Rumba, Cha-Cha, Merengue and Foxtrot. Ever since their lessons ended, the Woods have taken every opportunity to get out and dance in the community.

More often than not, the Woods are also the first ones on the dance floor in the hopes of encouraging others to get up and dance with them. Cecile said there always has to be a first one in order for everyone else to get on the floor. The Woods also don’t mind if the music is live or from a DJ, so long as it’s catchy.

They hope that the more people come out and support the dancing, the more often it can happen in the community and can continue for future generations. They only wish there were more events that had ballroom dancing available.

Last fall, the Woods went to an event in Fort Fairfield where Corey Zinc, a Bluegrass musician from Tennessee, came to perform. Even though the turnout was not what they were hoping for due to fear of COVID-19, they say the dance floor was packed. The Woods hope to see more events like this in the future, where people can come out, express themselves through movement and have a good time.

Next year's Caribou City Council will include a new member and a longtime councilor thanks to Tuesday's election.
Pets END_OF_DOCUMENT_TOKEN_TO_BE_REPLACED

Happy fall to you all.  It has been a super beautiful one so far. The harvest has gone well and the temperatures have remained warm, so enjoy these rare days because before long we will be into the winter months, and we all know what that means.
What's Happening This Week END_OF_DOCUMENT_TOKEN_TO_BE_REPLACED