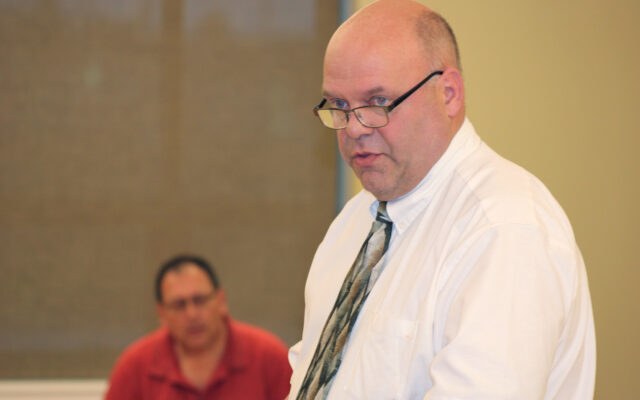 New Main Street and business improvements are coming to PI

Paula Brewer • May 9, 2022
Facelifts are coming to the Star City thanks to upcoming Main Street paving and a possible collaboration with the Maine Department of Transportation.

PRESQUE ISLE, Maine — Facelifts are coming to the Star City thanks to upcoming Main Street paving and a possible collaboration with the Maine Department of Transportation.

The transportation department has developed the Village Partnership Initiative to help municipalities redesign their downtowns to increase ease of use, walking and bicycling opportunities, aesthetics and safety. The department is currently working to revitalize Sanford, said Dale Doughty, director of public outreach and planning for the MDOT, and wants to bring the concept to other Maine communities.

“We’ve focused on getting from one place to another. We haven’t really focused on the place,” Doughty said.

The process involves seeking federal grant money through the Bipartisan Infrastructure Law, with some portion of matching funds. The department would help the city seek federal funding, which usually requires a 20 percent match. A $10 million project, for example, would obtain $8 million in federal funding and $1 million each from MDOT and the municipality, according to Village Partnership Initiative documents.

The phased project would include assessment by a consultant, planning by the DOT and municipal officials, funding applications and construction.

“My vision of the downtown would be restaurants with seating spilling out onto the sidewalk, with people shopping, walking around and riding their bikes,” councilor Mike Chasse said. 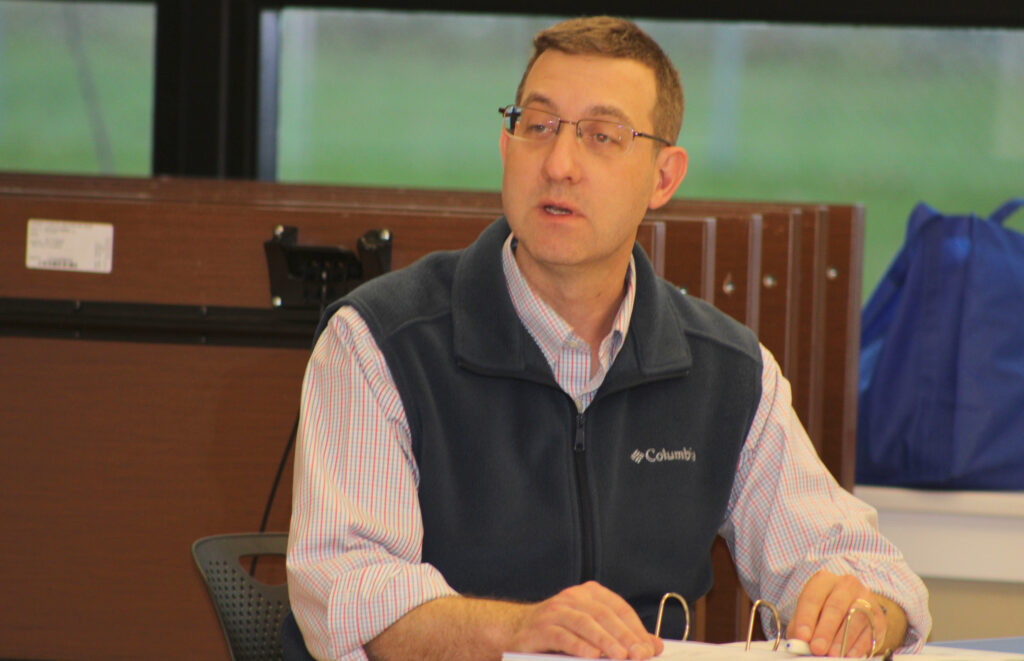 The group also discussed Main Street paving, which is again in a state of disrepair.

“We overlay the pavement, it deteriorates. What is the solution?’ Council Chairman Kevin Freeman asked Doughty.

What needs to be done is to dig down and completely recreate the road structure and the drainage beneath, Doughty said. The process will be expensive, but would keep Main Street reasonably intact for 10 to 12 years. The DOT is working on grants to help mitigate costs.

Councilor Jeff Willette asked if there are any alternatives to asphalt, such as concrete.

Newer asphalt mixtures are more durable, Doughty said. Though concrete has advantages in southern parts of the state, it has northern disadvantages largely due to the colder winters. The material is also difficult to repair, and workers can’t get underneath it to fix drainage issues.

Galen Weibley, Presque Isle’s director of economic and community development, discussed the city’s Downtown Facade Program. The 10-year grant program would provide a maximum $25,000 for up to 10 businesses who apply for the program.

The Presque Isle Development Fund has recommended loaning $250,000 to the city to start the Downtown Facade Improvement Program, in which businesses can apply for funding for exterior upgrades, such as repairs, painting and signage.

The council voted unanimously to use the $250,000 loan for downtown improvement applicants. Funds will be repaid from future Tax Increment Financing revenues.In other business, Puckett updated the council on development of new housing in response to needs seen by the city’s housing team. The group has identified 10 different sites for possible housing development. The sites are yet unnamed, but are a combination of affordable housing, low- to moderate-income housing and market rate housing.

Weibley discussed Maine LD 2003, An Act To Implement the Recommendations of the Commission To Increase Housing Opportunities in Maine by Studying Zoning and Land Use Restrictions, which among other things includes adding dwelling units onto existing single-family homes.

Councilors heard suggested changes to the city’s marijuana ordinance, for which a public hearing will be scheduled.

By unanimous vote, the council also approved the following: a letter of support to the U.S. Department of Transportation for funding for the second phase of the truck bypass project; a liquor license for Kelly Mathes of Confectionately Yours at 2 Reach Rd.; the appointment of Pamela Palm to the Presque Isle Zoning Board; a drug forfeiture of $400 via the Presque Isle Police Department; the closure of Main Street for the May 30 Memorial Day parade; and a utility location permit behind the Northeastland Hotel, replacing the current pole.

The next city council meeting will be held at 6 p.m. on Wednesday, June 1.

Next year's Caribou City Council will include a new member and a longtime councilor thanks to Tuesday's election.
Pets END_OF_DOCUMENT_TOKEN_TO_BE_REPLACED

When I wrote the first story of our dog Odie, I didn’t know that I would write a Part 2, but there were so many more stories that I decided more of this little dog’s story needed to be told.
What's Happening This Week END_OF_DOCUMENT_TOKEN_TO_BE_REPLACED