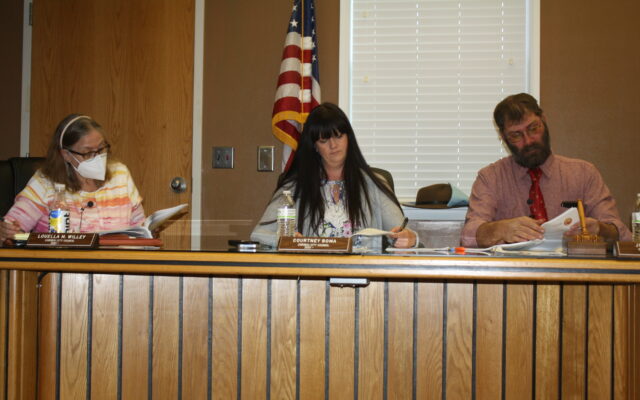 Melissa Lizotte • May 12, 2022
Caribou is now the first municipality in Aroostook to approve Juneteenth as a holiday for city employees.

CARIBOU, Maine — Caribou is now the first municipality in Aroostook to approve Juneteenth as a holiday for city employees.

Councilors voted 5 to 1 on Monday, May 9, to add Juneteenth to the city’s list of recognized employee holidays. Councilor Mark Goughan was the lone opposing vote, while Councilor Doug Morrell was absent.

That means the Caribou Municipal Building will be closed Monday, June 20, this year in observance of Juneteenth, which officially falls on Sunday, June 19.

Juneteenth, a combination of “June” and “nineteenth,” is intended to honor June 19, 1865. On that day, African American slaves in Galveston, Texas, learned that President Abraham Lincoln had signed the Emancipation Proclamation two years earlier.

Maine Gov. Janet Mills enacted Juneteenth as a state holiday last year, a week before President Joe Biden did so at the federal level.

So far Caribou is only the second Aroostook municipality to vote on Juneteenth. In 2021, Houlton Town Councilors struck down the holiday, citing the cost of adding another paid day off to employees after the budget was finalized.

In the same vote, councilors also changed Columbus Day to Indigenous Peoples Day to align with how Maine now defines the second Monday in October. In 2019, Maine joined four other states in rejecting Columbus Day, a holiday that many Native American tribes believe honors the explorer despite known genocide of Native tribes.

During a brief public hearing held at Monday’s council meeting, no community members or councilors spoke for or against Juneteenth or the switch to Indigenous Peoples Day.

The Caribou Planning Board first approved changes to the ordinance in January, in hopes of making the application process easier for home-based business owners.

During a public hearing in February, business owner Troy Haney voiced concerns over proposed 2-foot signs for businesses, a limit of one non-residential employee per business, restrictions on delivery vehicles and limits on traffic flow and parking.

In the newly revised ordinance, planning board members have changed the signage language to clarify that all signs must not exceed “two feet in any dimension” to limit commercial advertising in residential zones.

The board also agreed to eliminate a requirement that delivery vehicles weigh no more than 23,000 pounds as well as the limits of two customers per hour and eight customers per day.

The new section of the ordinance says that traffic from vehicles “shall not produce excessive noise or parking nuisances,” and that businesses can receive deliveries so long as delivery vehicles “do not create a nuisance” for residents.

Board members opted to keep the limit of one non-residential employee because the previous ordinance did not allow any employees besides business owners. But they indicated, in their written responses to Haney, that they could consider increasing the limit in the future.

“They did a phenomenal job reevaluating this [ordinance] and went way beyond what they had to do,” Morrill said.

Approved changes to the home occupations ordinance can be viewed on the City of Caribou’s website.

The next Caribou City Council meeting will be held at 6 p.m. Monday, May 23, at the Caribou Municipal Building, 25 High St.

A familiar face to Aroostook County residents has announced her candidacy for the Maine State Senate.
Pets END_OF_DOCUMENT_TOKEN_TO_BE_REPLACED

A big shout out to Carter Cyr of Sinclair. This kind and compassionate 12-year-old boy started his own business in the Long Lake area and donated a portion of his proceeds to the shelter.
What's Happening This Week END_OF_DOCUMENT_TOKEN_TO_BE_REPLACED