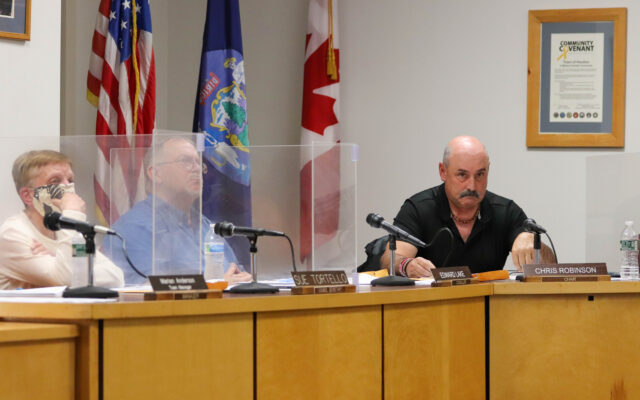 Joseph Cyr • January 11, 2022
A proposal to add Juneteenth as a recognized town holiday has failed to garner enough support with members of the Houlton Town Council.

HOULTON, Maine — A proposal to add Juneteenth as a recognized town holiday has failed to garner enough support with members of the Houlton Town Council.

The group voted 3-2 on a motion to approve the addition of a new town holiday during the Monday, Jan. 10, town council meeting. In order for a motion to be approved, according to the town’s bylaws, it must receive four affirmative votes.

The board’s 3-2 vote died when Council Chairman Chris Robinson abstained from voting during the meeting.

According to the town’s charter, the chairman may only vote to break a tie or to give a motion the required number of four affirmative votes to pass. The chairperson can only vote in the affirmative.

If the chairperson does not wish to vote in the affirmative, he or she simply abstains from voting and the motion fails for lack of four affirmative votes.

“Juneteenth” is both a national and state holiday that commemorates the date that Union soldiers arrived in Galveston, Texas, in June 1865 to take control of the state and ensure that all enslaved people were freed.

On June 11, 2021, Gov. Janet Mills signed into law the recognition of Juneteenth as a state holiday. President Joe Biden declared the day as a federal holiday on June 17, 2021.

“This is already a state and federal holiday, but for it to be recognized as a town holiday it requires a vote by the council,” Houlton Town Manager Marian Anderson said.

During Monday night’s council meeting, some members of the board expressed their concerns for the financial ramifications of adding another town holiday after the budget has already been finalized.

“All of the employees that do work contractually during that holiday would get holiday pay, so that would be a budget increase,” Councilor Dennis Harmon said.

The exact amount it would cost the town if councilors added the holiday was not available, Anderson said. The additional expense was not included in the town’s 2022 budget.

The town manager added that staying open when all state and federal agencies are closed creates a unique set of circumstances.

“Part of the challenge for us on the administrative side is that when the state is closed, it creates problems for us because we can’t access things for motor vehicles and hunting and fishing,” Anderson said.

For the first time since 2019, there is competition for open seats on the Houlton Town Council
Pets END_OF_DOCUMENT_TOKEN_TO_BE_REPLACED

We hope everyone enjoyed a wonderful holiday season and is looking forward to the new year.  December was a busy month at the Central Aroostook Humane Society with so many people and businesses bringing in much-needed supplies and monetary donations, which help us to take care of the special temporary pets in our care.
What's Happening This Week END_OF_DOCUMENT_TOKEN_TO_BE_REPLACED