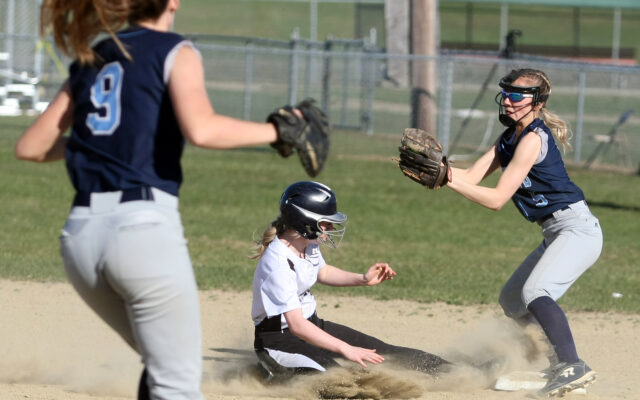 Played under warm, sunny conditions, the Shire softball team rolled to a 12-1 victory over Presque Isle. Houlton capitalized on a number of fielding miscues and close plays to take an early 4-1 lead in the first inning and never looked back.

Gabby Gentle and Maddie Marino both had a double and single, while Emma Swallow and Bre Barton each had two singles. Drew Warman rapped a triple in the contest.

Houlton improved to 3-2 on the season, while the Wildcats are now 3-6. 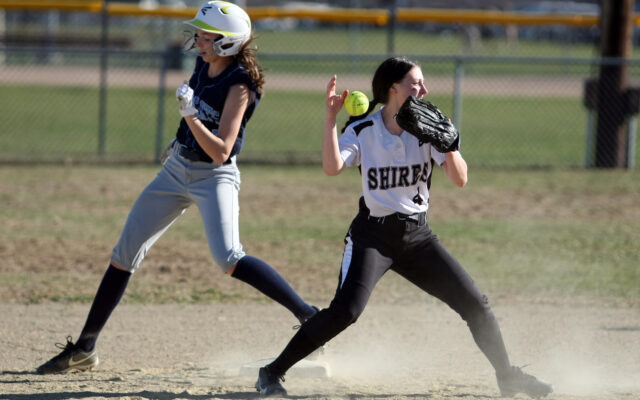 Houlton shortstop Drew Warman prepares to fire the ball over to first base after getting a force out on Presque Isle’s Olivia Locke during Tuesday’s game in Houlton. (Joseph Cyr | Houlton Pioneer Times) 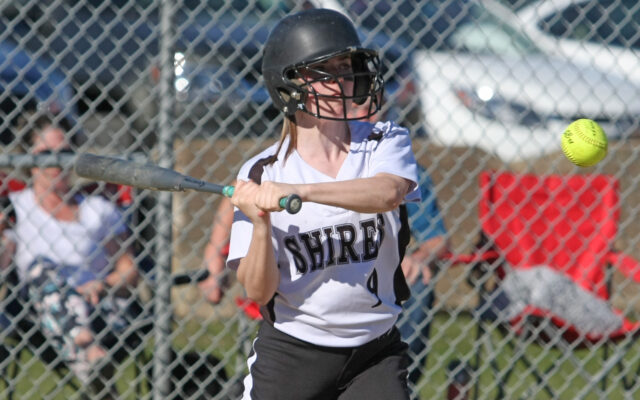 Houlton’s Maddie Marion locks in on the ball as she takes a swing during Tuesday afternoon’s game against Presque Isle. (Joseph Cyr | Houlton Pioneer Times) 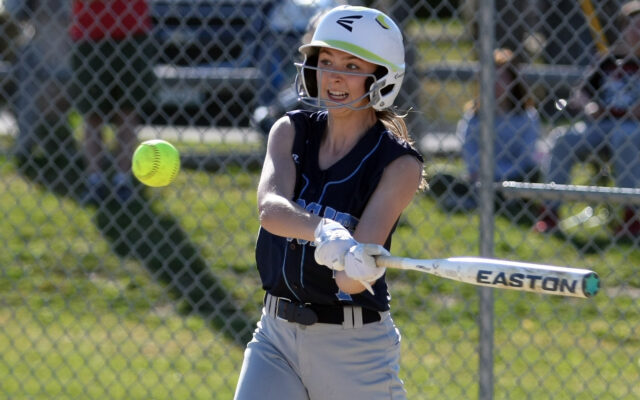 Presque Isle’s Olivia Locke keeps her eyes on the ball as she takes a swing during Tuesday afternoon’s game against Houlton. (Joseph Cyr | Houlton Pioneer Times)

Thadon Gentle and Brock Thompson each pitched one inning of relief, with both hurlers tallying two strikeouts and no hits or walks. 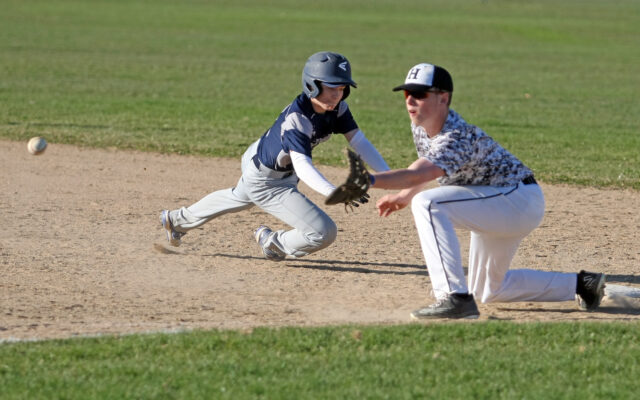 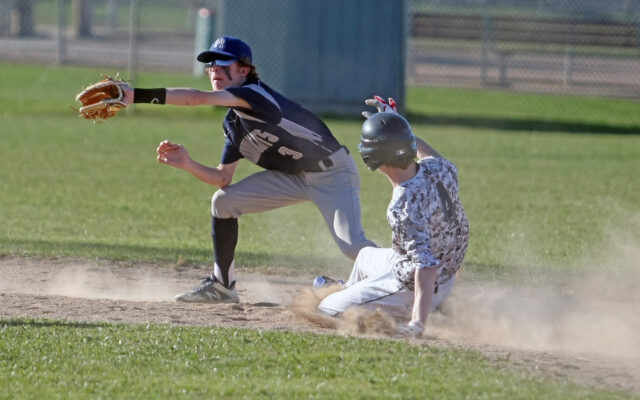 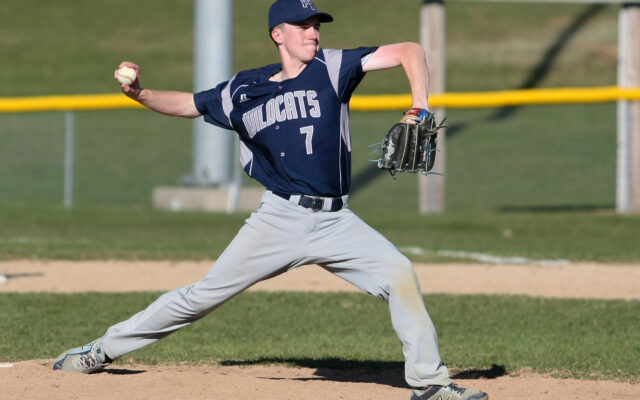 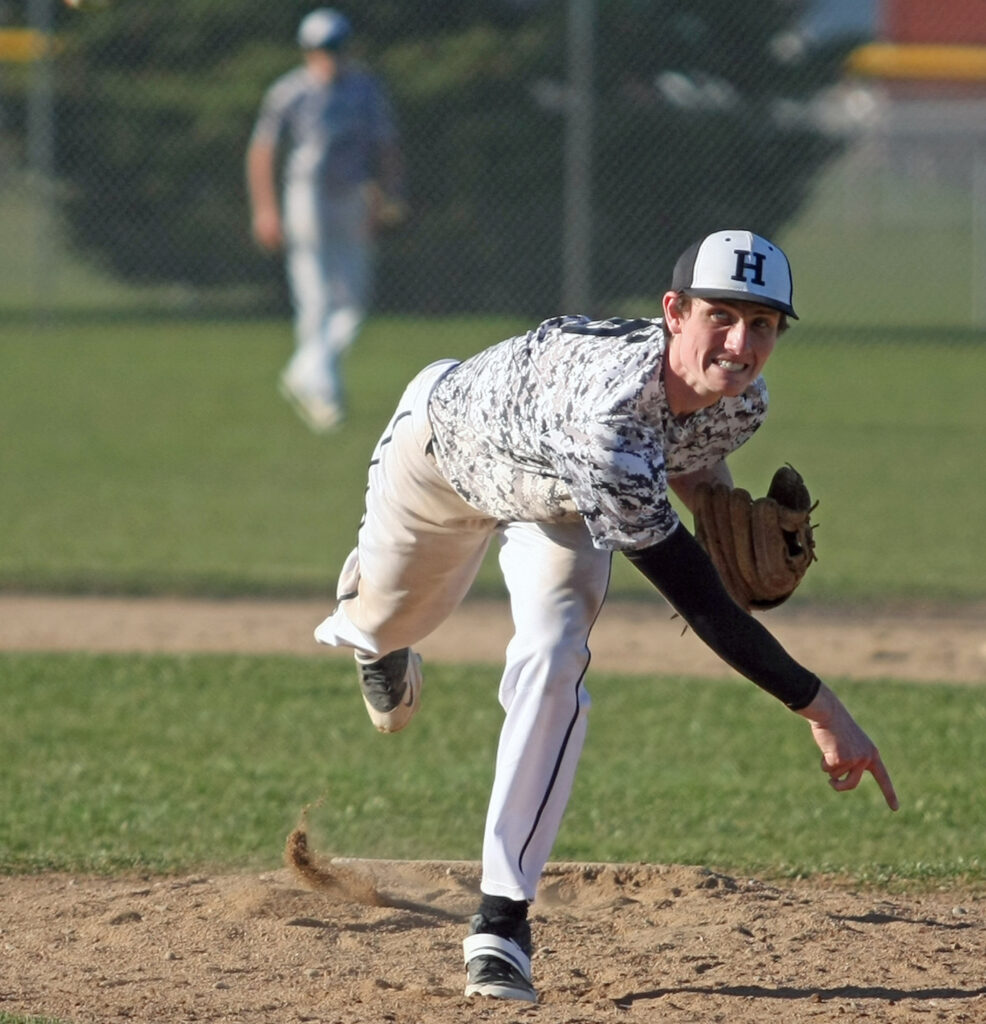 Delivering a pitch to the plate is Houlton’s Silas Graham during Tuesday’s game with Presque Isle. Graham struck out 13 with a commanding performance. (Joseph Cyr | Houlton Pioneer Times)

The Shires rapped 11 hits and drew six walks, with four strikeouts in the game, while Presque Isle managed just two hits and two walks, with 17 strikeouts.

Graham helped his cause at the plate as he collected two triples and a double, while scoring four runs to lead Houlton offensively. Kadan Carpenter had added two singles for the Shires. Cody Jonhston stole four bases for Houlton, while Gentle added three and Bronson Hanning had one.

Evan Chapman and Ben Beaulieu collected the only hits for Presque Isle. Chapman and Blackstone both scored for the Wildcats.

Houlton improved to 4-1 on the year, while Presque Isle dropped to 1-8.

A familiar face to Aroostook County residents has announced her candidacy for the Maine State Senate.
Pets END_OF_DOCUMENT_TOKEN_TO_BE_REPLACED

A big shout out to Carter Cyr of Sinclair. This kind and compassionate 12-year-old boy started his own business in the Long Lake area and donated a portion of his proceeds to the shelter.
What's Happening This Week END_OF_DOCUMENT_TOKEN_TO_BE_REPLACED