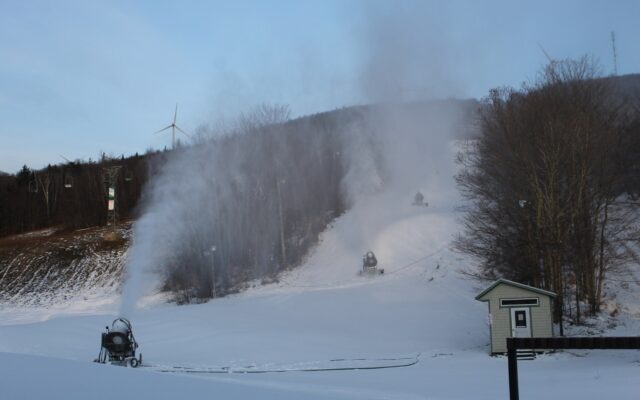 Paula Brewer • June 21, 2022
Ski patrollers at BigRock Mountain will be able to respond faster to emergencies thanks to a new dispatch building that’s in the works.

MARS HILL, Maine — Ski patrollers at BigRock Mountain will be able to respond faster to emergencies thanks to a new dispatch building that’s in the works.

In an average season, Mars Hill’s BigRock has anywhere between 16,000 and 21,000 skiers and its ski patrol fields around 50 emergency medical calls, according to Assistant General Manager Aaron Damon. But the patrol — one of the first ski patrols in the Northeast — also handles non-emergency calls and are the first on, last off the slopes every ski day.

With a usual patrol crew of 18 to 22, the current one-person dispatch center is no longer adequate. Neither is its location, being near the mountain’s bottom and away from most major trail points. But a $10,000 grant from the Maine Community Foundation will let BigRock create a larger facility farther up the mountain, which means more patrollers and speedier help to skiers in distress.

As the mountain continues to expand its offerings, it’s important to have a better vantage point to give crews more options to help people, said Ski Patrol Director Joe Trevors.

Crews will build the center near the top of the mountain, along the beginning of the Hooch Trail between Uncle Bud’s Glades and the Comet Trail. The location will provide the best access to every trail and more prompt emergency medical response.

“If we had a situation up the mountain, it wasn’t easy to get to. And, of course [we would be] carrying equipment up with us,” Trevors said Thursday. “The new building will be bigger and more welcoming to more patrollers.”

Making things comfortable for the mostly volunteer patrol crew is important, Trevors said, but he also hopes the building will be a welcoming place for the public, where skiers can stop in and warm up.

The center will have some common open shells, a desk, furniture and a woodstove for heat, and of course room for medial supplies and equipment.

“We are so thankful for the Maine Community Foundation’s continued support of our mountain. Every minute saved responding to an emergency call is crucial and greatly appreciated by those involved in on-hill accidents,” Damon said.

The grant came from the foundation’s Aroostook County and Aroostook Winter Sports funds. This is the fourth year BigRock has applied for the funding and been successful, Damon said. 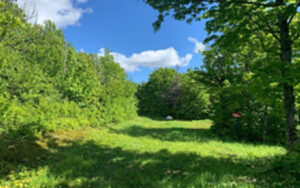 In previous years, grant monies have procured new snowshoes for the mountain’s rental program, the reconstruction of a trail, and new skis for its Ski for Life program, which offers special ski nights with rentals and lessons.

It’s more good news for the ski area, which in March announced it was almost halfway to its $2.9 million fundraising goal to bring a four-seater Alpenstar Quad chairlift to the mountain.

Damon expects work on the patrol dispatch building to begin within the next month, but like everyone else who is building, BigRock will be at the mercy of supply chain delays involving construction materials.  Both he and Trevors look for at least a partial building to be ready for next ski season.

BigRock’s ski patrol has been active since around 1963, said Trevors, who has been involved for 25 of those years. The local outfit is a member of the National Ski Patrol and all crew members are certified in outdoor emergency care, which is equivalent to basic emergency medical technician qualification, he said.

But not all of their calls require medical help. Sometimes all that’s needed is a little encouragement, like when a skier winds up on a trail that doesn’t match their ability and they need a little assistance.Ski patrol members are men and women who care about the sport, but who more importantly care about the community, Damon said. With the number of skiers on the hill each season, an average of 50 emergency injury calls is a fairly low percentage — but every one of those will benefit from a quicker response time, he said.

“With ski patrol, we often think of them as folks who show up when somebody breaks a leg,” Damon said. “But they’re the first people out in the morning, and at the end of the day the’re last people on the slopes.  They are the unsung heroes when it comes to this sport.”

Recently we took in a cat named Joe. He is a very sweet cat with a multitude of problems. He was rescued from the streets here in town, but Joe turned out to be a very sick kitty and was surrendered to The Ark because the resources were not there to help him.
What's Happening This Week END_OF_DOCUMENT_TOKEN_TO_BE_REPLACED